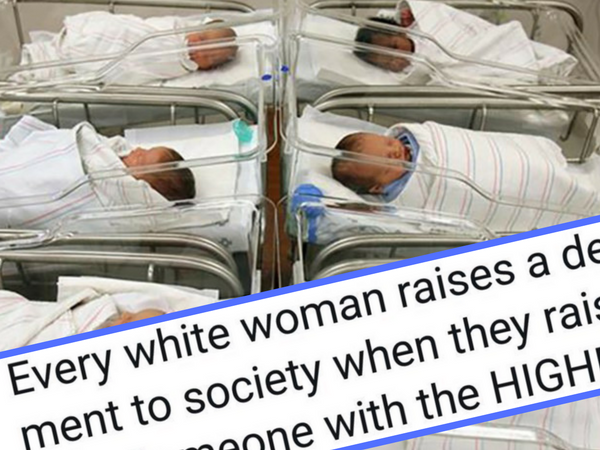 In the last few days on Twitter, the American nationalist social media account Battle Beagle has brought attention to a nurse for her extremely racist posts online. And, with online pressure growing, the woman has now been fired from her position.

At the start of the weekend, a woman going by the handle “Night Nurse” and “Tai_Fieri” on Twitter posted this message:

“Every white woman raises a detriment to society when they raise a son. Someone with the HIGHEST propensity to be a terrorist, rapist, racist, killer, and domestic violence all star. Historically every son you had should be sacrificed to the wolves B***h.”

That’s when the account Battle Beagle, one of the founders of the online “Dog Right” movement, sprung into action. With followers including Ann Coulter, the Dog Right’s Battle Beagle can quickly get lots of reach. They reposted the Night Nurse’s comment and within days her employers had been contacted and she lost her job. Yes, this woman who thinks that baby boys should be murdered for their race was working as a nurse at the Indiana University Health facility.

Local reports are now confirming that the woman who sent the tweet is named Taiyesha Baker. Her first tweet was posted on Friday and by Sunday, the hospital was forced to issue a statement about Baker’s actions. The spokesperson said that Baker had only been recently hired and now that she had been involved in “troubling posts on social media,” she is no longer employed by IU.

The exact facility and position where Baker had been working was not disclosed, but they did confirm that she had not been working at the Riley Hospital for Children and as such did not have access to the babies she believed should be killed. Their Human Resources are still working on confirming authenticity of the posts and that the Registered Nurse currently has no access to patient care.

Baker had previously posted online that she did work in a pediatric facility, but the tweets have now been deleted. Records show that she had only earned her license to work as an R.N. since October 30th of this year.

The only other time I’ve heard someone be so happy about killing babies would be from Planned Parenthood,[4] which in September of this year won a court case under a judge appointed by Obama that allowed them to halt a new Indiana law that would prevent mothers from being granted abortions if their child has Down syndrome or is of the wrong sex.