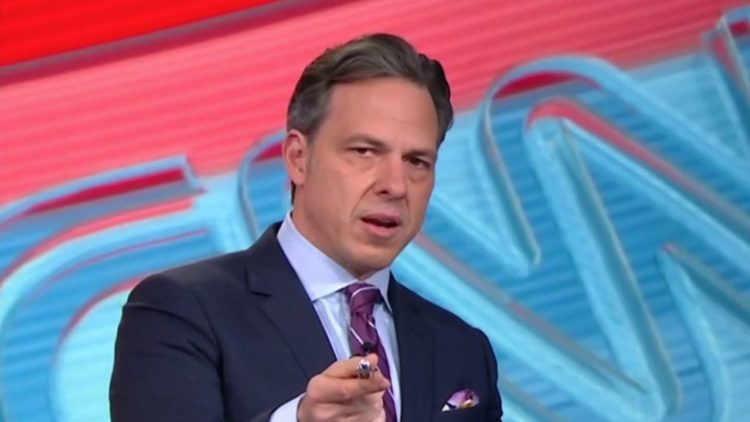 CNN anchor Jake Tapper is probably the most acceptable CNN personality to the average right winger because sometimes he comes out with a statement we can all get behind.

On Thursday, Jake Tapper went after the progressives who are refusing to condemn the Women’s March who tweeted on Tuesday in support of a cop killer named Assata Shakur.

Yes, Happy Birthday, you cop murderer! As pointed out quickly on Twitter, Assata Shakur is on the FBI’s Most Wanted Terrorist list[7].

literally honouring a killer who is on the FBI's most wanted terrorist list. Vomit. https://t.co/K02luGpbRo[8]

From the FBI site:

Joanne Deborah Chesimard, also known as Assata Shakur, is the latest addition to the FBI’s Most Wanted Terrorist list. This comes on the 40th anniversary of the murder of one of Chesimard’s victims, a New Jersey State Police trooper. Werner Foerster and his partner pulled over Chesimard and her two accomplices for a motor vehicle violation. Lt. Michael Rinaldi of the FBI’s Newark Joint Terrorism Task Force…

As reported in The Daily Caller[10],

The Women’s March honored cop-killer Assata Shakur on Monday by tweeting out a birthday wish for her. Tapper criticized the left for not speaking up about the organization honoring Shakur, or for past comments made by Women’s March organizer Linda Sarsour.

Shakur is a cop-killer fugitive in Cuba. This, ugly sentiments from @lsarsour[11] & @dykemarchchi[12] …Any progressives out there condemning this? https://t.co/rXnHLgE2hR[13]

Even CNN’s Joe Scarborough of Joe & Mika fame weighed in:

So does the resistance against Trump now embrace convicted cop killers on the FBI's most wanted list? Democrats must condemn this now. https://t.co/DrDeLO334h[15]

The Women’s March did respond to these objections, saying:

The Women’s March doubled down on their support of Shakur Monday after facing outrage over social media. The group said that, while they don’t support Shakur’s violent methods, it views Shakur as a “feminist figure” for trying to fight the sexism in the Black Liberation Movement.

“#AssataShakur’s resistance tactics were different from ours. That does not mean that we do not respect her anti-sexism work,” the organization tweeted.

Shakur escaped from a New Jersey prison where she was serving a life sentence for the murder of a New Jersey state trooper.

But seriously, you might want to walk back on this one.