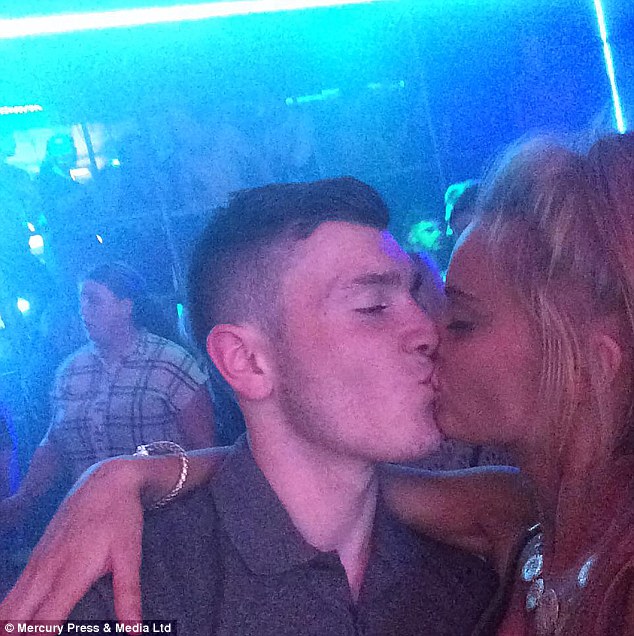 A birthday girl claims she was left ‘gutted and embarrassed’ when she made an appeal on Facebook to track down the ‘stunning’ lad she met in a nightclub – only to discover he had a girlfriend.

Pippa McKinney, 22, shared kisses and her number with a handsome stranger she met on her birthday night out in Manchester on October 3 and he even invited her to go a hotel room with him or his ‘mum’s house’.

When she woke up the next day, the hairdressing student from Stockport, shared a picture of herself with a man she only new as Matty, from Wythenshawe, and a plea to be reunited with him – only for his other half Emily to respond instead.

To her shock, Emily quickly dumped Matty publicly online and the status has now been liked nearly 17,000 times and shared over 2,000 times.

It all began when Pippa shared a selfie sharing a close embrace with Matty on Facebook and wrote: ‘Met this guy last night, absolutely stunning, took his number down wrong but would love to get to see him again.

‘He’s from Wythenshawe and is called Matt, help anyone?’

Initially, her friends pledged to share the status to see if they could reunite Pippa with the man she claimed to have kissed.

And some even joked he might have given her the wrong number on purpose. But the joking took a turn for the serious when his girlfriend became aware of the thread.

A friend of Emily’s had tagged her in the status, and after Pippa spotted Emily’s cover photo with the mystery man (which has since been deleted), Pippa realised she must be his girlfriend.

When she realised what had happened, Pippa wrote: ‘I can’t believe it, knew it would be the case. ‘Not my fault, he told me he was single.’

The now ex-girlfriend has apparently made peace with Pippa, after breaking up with Matty.

And Matty didn’t want to discuss the fracas with the Daily Mail, to no one’s surprise.