I guess this security officer has watched enough football.  It was apparently time for him to get some of his own game time in.  I am curious as to why this guy was taken out like this.  I mean I wasn’t the only one charging the field[1]. 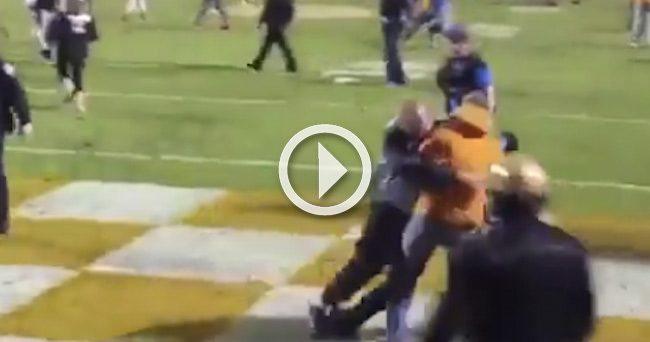 By now, fans should know better.

As the final buzzer sounded in Knoxville on Saturday, a happy Tennessee fan ran from his seat to the end zone, but didn’t make it out.

A security guard pointed him out, lined him up and made a textbook tackle in front of the goal line..

There’s several teams who could use this guy on defense.

Maybe this security guard just wanted his own highlight reel.