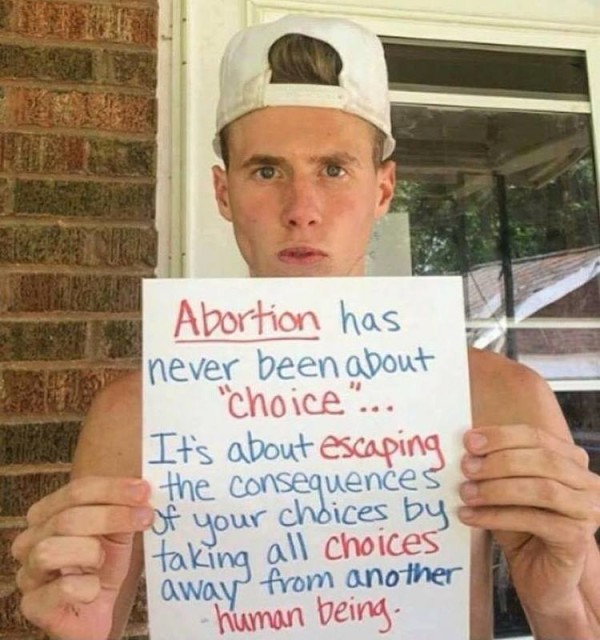 Abortion is the be all end all of the Democratic Party. It is the #1 commandment, the first thing on their list of beliefs

(Washington Examiner[2]) The Left is not taking well to Democratic Congressional Campaign Committee Chairman Ben Ray Lujan’s comments this week[3] that the House Democratic campaign arm will not withhold funds from Democratic candidates who do not pledge full allegiance to abortion on demand without apology.

And it isn’t just the groups explicitly about abortion that are upset. Democracy for America, a left-wing group spun off long ago from Howard Dean’s unsuccessful 2004 presidential campaign, reacted with an especially strident statement that really jumps out at you. It kind of blows the doors off the nation’s consensus position on abortion — that whether you’re for it or against it being legal, it is something we recognize as not good, and we generally take sides on it based on whether we want to abolish it or tolerate as a necessary evil.

The portion of the DFA statement that I have marked in bold here is actually highlighted in yellow in the original statement via email:

“It is profoundly disturbing to hear the person tasked with helping Democrats take back the House suggest that our party can credibly talk about confronting economic inequity, while turning a blind eye to candidates who want to limit women’s right to control their own bodies. Abortion rights are inextricably tied to the fight against economic and racial inequity, full stop, and until all leaders of our party fully understand that we’re going to keep losing.

There is rage all around. Head Planned Parenthood Ghoul Cecile Richards went on a long Twitter rant[4], and this response is a standout

DNC men: Start messing with MY body, MY rights, I will yank ANY support I have for you. Don't fuck w/ women-we are more powerful than YOU. pic.twitter.com/Z4N5bn7d9M[5]

Rosie O’Donnell[7] is up for fracturing the Dem Party and creating a women’s only one over this. Over at the NY Times, we see this screed from Lindy West

Of Course Abortion Should Be a Litmus Test for Democrats[8]

Democrats will fund anti-choice candidates in conservative districts, Representative Ben Ray Luján, chairman of the Democratic Congressional Campaign Committee, said in an interview this week, citing the party’s need to build “a broad coalition” to win control of Congress in 2018. “There is not a litmus test for Democratic candidates,” Luján told The Hill[9]. “As we look at candidates across the country, you need to make sure you have candidates that fit the district, that can win in these districts across America.”

Senator Bernie Sanders, independent of Vermont, expressed a similar sentiment in April, after he was criticized for supporting the anti-abortion Democrat Heath Mello in a local Nebraska race: “We have got to appreciate where people come from and do our best to fight for the pro-choice agenda,” Sanders told NPR[10]. “But I think you just can’t exclude people who disagree with us on one issue.”

I relate to the flailing panic that is no doubt undergirding such a morally putrescent idea. Nineteen hyenas and a broken vacuum cleaner control the White House, and ice is becoming extinct. I get it. I am desperate and afraid as well. I am prepared to make leviathan compromises to pull us back from that brink. But there is no recognizable version of the Democratic Party that does not fight unequivocally against half its constituents’ being stripped of ownership of their own bodies and lives. This issue represents everything Democrats purport to stand for.

To legislatively oppose abortion is to be, at best, indifferent to the disenfranchisement, suffering and possibly even the death of women. At worst it is to revel in those things, to believe them fundamental to the natural order. Where, exactly, on that spectrum is Luján comfortable placing his party?

How did it come to this, that abortion is the only thing that really matters to the Democratic Party? That no other issue is as important? That this is what they stand for above all else?

Nothing can dissuade them from this. They will accept no restrictions in the least. I’ve gotten into debates with them on this, and, since most are also gun grabbers, I’ve said things like “OK, you give me banning all late term abortion expect where the mother’s life is truly in danger, and I’ll give you closing the so-called gun show loophole” and “you give me parental notification, with the rare exception of going to a judge in certain situations, and I’ll give you “comprehensive background checks” (which is a stand-in for the government knowing about every gun you own and the ability to easily deny permits)”. And other tit for tats. Every time I’ve been told “no.”

How did it come to this?