Republicans have a reputation for being spineless do-nothings for a reason, and part of that is the leadership of the current Speaker of the House, John Boehner. Christian pro-lifers are planning a sit-in in protest as he refuses to move forward on a late-term abortion ban. 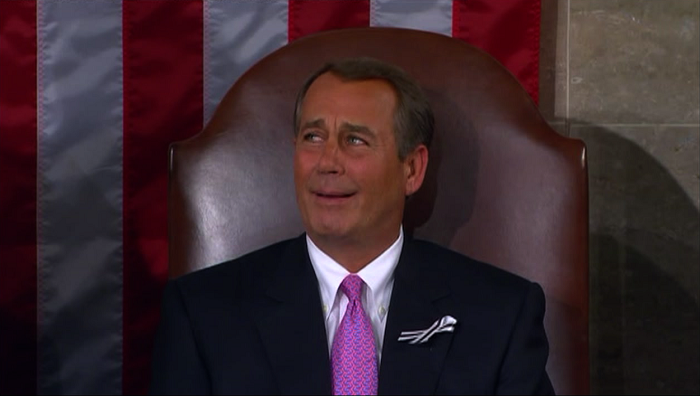 Pro-life activist Jill Stanek is joining with the Christian Defense Coalition later this month to stage a sit-in on Capitol Hill over lack of action on a late-term abortion ban that was supposed to be passed in January.

The sit-in is scheduled for 11.a.m. EST on March 25 outside the office of House Speaker John Boehner.

At issue is the GOP leadership’s handling of the “Pain Capable Unborn Child Protection Act,” which bans abortions after 20 weeks of pregnancy but includes exceptions for victims of rape and incest.

This is a perfect example of useless Republicans having a golden opportunity, and just throwing it away for no good reason. The vast, vast majority of Americans, including pro-choicers, support banning late-term abortion, and we’re currently one of a very small handful of countries across the globe that allows it — so why are you dragging your feet, Boehner, when there is literally no good reason to?