If we are going to allow these sorts of abominations to happen in America, lets at least not take two lives while we are at it. This horrifying tale of an abortion clinic’s neglect for the life of both mother and baby will have you reaching for a box of tissues before you’re done: [1] 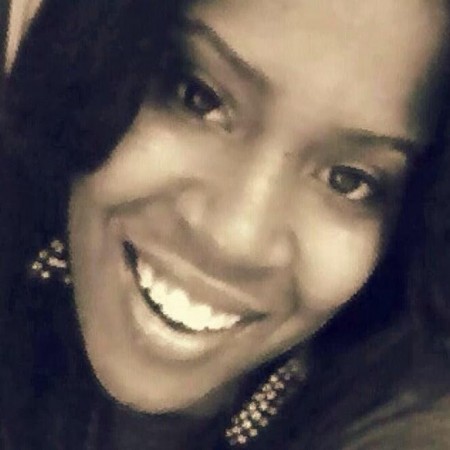 Operation Rescue has received credible new evidence, apparently leaked from an inside source, that criminal conduct may have been involved in the abortion-related death of Lakisha Wilson at Preterm, a Cleveland, Ohio, abortion facility last year.

Operation Rescue has joined once again with other state and national pro-life leaders in calling for a criminal investigation and closure of the abortion facility.

The credibility of the evidence is beyond reproach,” said Cheryl Sullenger, Senior Policy Advisor for Operation Rescue. “It was unsolicited evidence provided to me by an unknown source who obviously wants the truth to come out. Once this information came to our attention, it was our duty to report it to the County Prosecutor.”

Copies to the letter were sent to Ohio Gov. John Kasich, Attorney General Mike DeWine, and Executive Director of the Ohio Department of Health Richard Hodges.

The groups are calling for an immediate suspension of Preterm’s facility license pending the outcome of the criminal investigation.

The letter focused on two allegations supported by documentation now in the possession of Operation Rescue:

• Criminal negligence, related to a small and repeatedly malfunctioning elevator at Preterm, which delayed emergency access and treatment to Ms. Wilson.

Due to the sensitivity of the evidence that supports the complaint, Operation Rescue will only release it to designated law enforcement officials.

Preterm operates five abortion procedure rooms on the third floor of their facility located at 12000 Shaker Boulevard in Cleveland. The only gurney access is through a small elevator that was malfunctioning on March 21, 2014, the day of Lakisha Wilson’s fatal abortion.

The new evidence shows that emergency medical technicians were delayed by the malfunction from reaching Ms. Wilson, who was suffering cardiac and respiratory arrest during a second-trimester abortion procedure.

When EMTs were finally able to access Ms. Wilson, they found her still on the abortion table with her legs in the stirrups. She was not breathing at all and her pupils were fixed and dilated. According to the documentation, Preterm abortionist Lisa Perriera had applied a pediatric oxygen mask to Ms. Wilson, which had to be replace by an adult-sized mask by emergency responders. Ms. Wilson’s IV line had been inadvertently pulled out during the confusion in the cramped surgical room prior to the arrival of ambulance personnel.

While EMTs were able to restart Ms. Wilson’s heart, they were unable to give her other necessary life support measures in a timely manner — including intubation — because in order to do so, they needed to lie her flat on a backboard. However, the inadequate size of the elevator prevented the EMTs from fully reclining the gurney as required.

Instead, Ms. Wilson was transported down the elevator in an upright, seated position. She was then rushed to an awaiting ambulance where she was finally intubated and her IV line restarted before being rushed off to University Hospital Case Medical Center, where she was later pronounced dead.

“There can be no doubt that the size and unreliability of Preterm’s elevator was responsible for delaying emergency care to Lakisha Wilson when every moment meant the difference between life and death,” said Troy Newman, President of Operation Rescue.

This was not the first time that Preterm’s elevator played a role in hampering emergency medical care for an abortion patient suffering from life-threatening complications.

Operation Rescue obtained 911 records that indicated on March 31, 2012, an ambulance was called for a 32-year old patient weighing approximately 300 pounds who was hemorrhaging after an abortion due to uterine atony, a condition in which the uterus fails to contract enough to seal off blood vessels after an abortion. The woman’s estimated blood loss was 600 cc’s, or in American measures, over 20 ounces.

However, the facility’s elevator was broken and the Preterm caller had to request additional responders to help carry the woman down from third floor in order to extricate her from the building so she could get the emergency help she needed.

“Women’s lives literally depend on Preterm’s faulty elevator that is just too small to ensure that proper care can be given during life-threatening medical emergencies. It is negligent for Preterm to conduct abortions under these dangerous conditions,” said Newman. “We also have to question why the Ohio Department of Health continues to allow Preterm to do abortions, knowing that the elevator is undependable and inadequate to allow proper access during the frequent medical emergencies that arise there. It seems irresponsible at best and possibly negligent on their part.”

This terrifying story of what happens is tragic. This young woman should have never been in a situation where they were performing such a late term abortion. This is exactly why we need more lawmakers to be pro-active, and pro-life, and pass bills that life begins at conception. There are ways to not have a baby that doesn’t constitute murder. May mother and baby both rest in peace.

Her autopsy report can be seen here.[3]

Audio/Video of the 911 Call and Response: