Trump fell into Chris Matthews’[1] trap like the novice he is in politics. It was cringe-worthy. Donald Trump stated that women should be punished for abortion, then he changed that to doctors, then he changed it yet again. In the end, I couldn’t tell where he stood and neither could anyone else. This is not presidential in nature at all. If you can’t out-debate and out-think an idiot troll like Chris Matthews, you’ve got a real problem. Ted Cruz would have never been boxed in like Trump just was. He would have called it a specious argument and that outlawing all abortion is already an issue decided by the Supreme Court and is in the purview of individual states’ rights. He would have proclaimed he was pro-life and would not have brooked anymore ridiculous arguments by Matthews. That is not what happened by a long shot with Donald Trump. As Trump has done on so many things, he shifted his position three times and tried to pander to everyone. 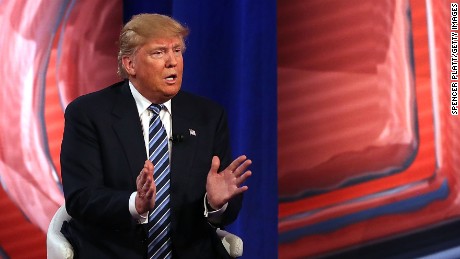 What’s even more fun is watching Katrina Pierson adamantly argue how Trump just misspoke or something on CNN this morning:

If you look at Donald Trump’s stance on abortion, for most of his life he has been pro-choice. He didn’t become pro-life until he ran for office. During the interview, Trump quoted the Bible and questioned Matthews’ faith. That strikes me as hypocritical and problematic on Trump’s part. Then Matthews’ quoted scripture which is just obscene. Both are trying to draw those of faith into an argument between two men that I do not consider to be devout Christians. Trump spokeswoman, Katrina Pierson, claimed that Trump simply misspoke. Sorry, not buying that one. I love what The Right Scoop said: “Oh he didn’t misspeak at all! He just doesn’t know what he’s talking about. He did the same thing in September with Syrian refugees. He argued we had to have a heart and we should allow them to come here, but then after the backlash, he completely reversed position the next day.” That’s what Trump has done all along. His opinion and plans go with the political winds out there. Trump was not prepared for the question and did not think it through before answering. He doesn’t have the legal and constitutional intellect of Ted Cruz, so answering off the cuff for him is very dangerous. This whole affair which should have been utterly forgettable, will now be repeated over and over. Once again, if you can’t handle Chris Matthews, how are you going to handle Islamic terrorists? 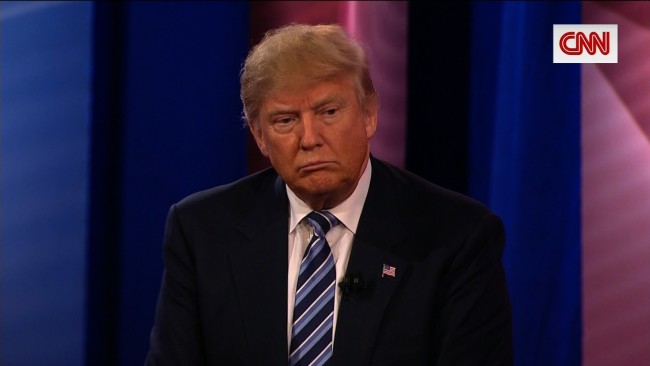