Once you let a handful of black-robed oligarchs decree that it is your “right” to kill your baby, a slide down the slippery slope is inevitable:

In a post on his personal blog, University of Chicago Prof. Jerry Coyne expressed approval over the idea of killing “newborns who have horrible conditions or deformities, or are doomed to a life that cannot by any reasonable light afford happiness.”

The authorities will decide whose life can afford happiness.

“If you are allowed to abort a fetus that has a severe genetic defect, microcephaly, spina bifida, or so on,” Coyne asks, “then why aren’t you able to euthanize that same fetus just after it’s born?”

Fair question. Here’s another: if you are allowed to kill a child just after birth, why not at age 10? Why not kill people at any age?

Impending socialized medicine will require rationing care. Why not murder people with serious health problems whatever their age? After all, a baby has its whole life ahead of it. Killing retired people makes more sense.

Comparing newborns to dogs and cats, Coyne claims that “some day the practice [of killing disabled newborns] will be widespread, and it will be for the better.”

“When religion vanishes, as it will,” Coyne argues, “so will much of the opposition to both adult and newborn euthanasia.”

That’s because when Christianity has been eradicated, theoretically we will all agree with the liberal intelligentsia that humans have no souls, and are of no more value than dogs or cats. When we have achieved total moral nihilism, we will be pliable enough for them to impose their nightmarish concept of utopia. 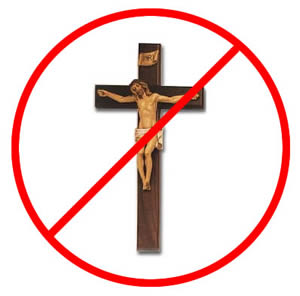 Coyne makes clear why Christianity has to go.