Franklin Graham, a prominent evangelical Christian pastor, has called on Americans to “wake up” to the evil of abortion. This comes on the heels of the largest abortion clinic in Ohio called “Preterm” putting up billboards in the state to try and convince Americans the practice is great. They erected 16 billboards in the Cleveland metropolitan area with slogans like “Abortion Is Live-Saving” and “Abortion Is a Blessing.” This reminds me of Isaiah chapter 5 verse 20: “Woe unto them that call evil good, and good evil; that put darkness for light, and light for darkness; that put bitter for sweet, and sweet for bitter.” 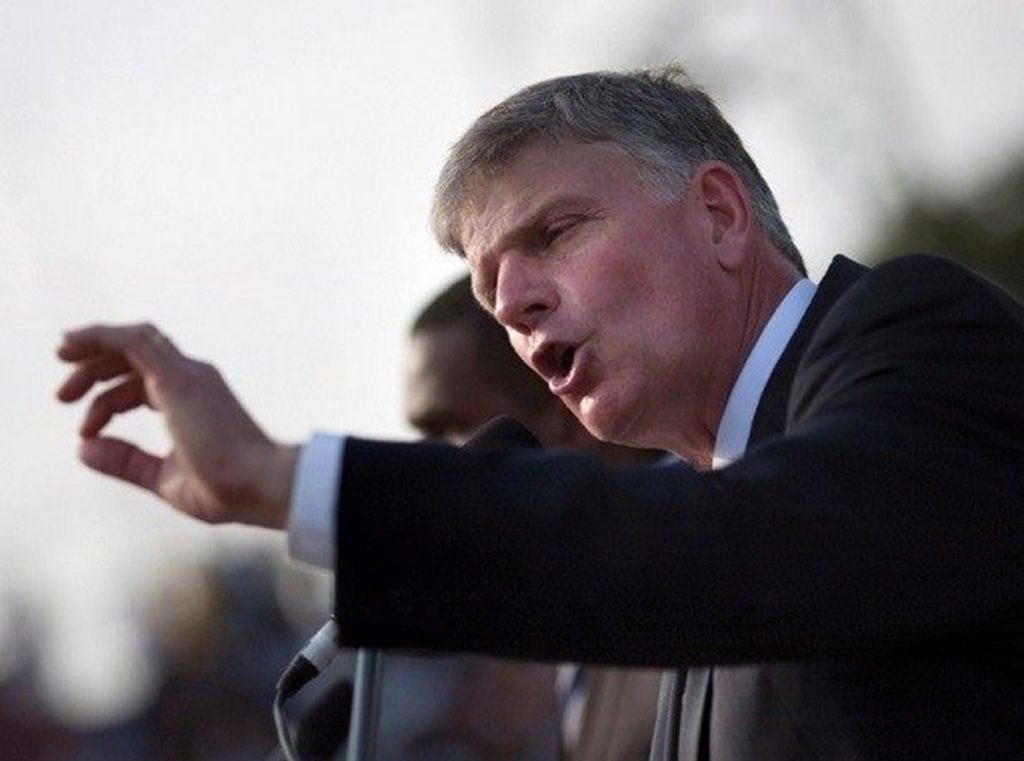 The sheer arrogance to assert that abortion saves lives is astounding. Don’t they know how abortion works? A doctor goes into the womb and tears the limbs off of a fetus and pulls them out. It’s a horrific procedure.

Either we agree that life begins at conception or it doesn’t. We can then argue about the role the government should play in restricting the right to life these unborn humans have. But to put up billboards with slogans like, “Abortion is Sacred” flies in the face of all that is truly sacred.

In a series of posts on social media, Rev. Graham has fought back against this line of reasoning, unabashedly blasting the campaign and their awful slogans.

“Here’s a billboard for them—‘Abortion is evil, because it’s murder,’” Graham tweeted.

“Pray that America will wake up to the tragedy of children being killed through abortion every day in this nation,” he added.

An Ohio abortion clinic launched billboards that say things like “Abortion is life-saving,” “Abortion is a blessing,” and, “Abortion is safer than childbirth.” These are all lies. Here’s a billboard for them—“Abortion is evil, because it's murder.” 2/3 https://t.co/0HiVJkxSAK[2]

With its billboard campaign, Preterm asserts that its purpose is to “shift the public conversation on abortion away from the black-and-white political rhetoric.”

I’m not sure what is more black-and-white than saying “Abortion is Sacred.” There’s not a modicum of nuance in that statement. On its website, Preterm says abortion “is a normal and necessary part of people’s lives” as well as being “foundational to a just society where we can live life on our own terms.”

Is it normal for Iceland eliminating Down Syndrome babies? What a sick and twisted world view these people have.[4]

Iceland is on pace to virtually eliminate Down syndrome through abortion. #CBSNOA[5] learns more, tonight at 10pm ET/PT https://t.co/EB6BKgQFN3[6] pic.twitter.com/SOKU7oe6a3[7]

Ohio passed a new law prohibiting the targeting killing of Down Syndrome babies. John Kasich signed the “Down Syndrome Non-Discrimination Act” into law to protect fetuses with the condition from being targeting only because of their “imperfection.”

“While every unborn child deserves protection from abortion death, House Bill 214 is helpful in protecting those targeted for destruction due to cultural bigotry against babies identified before birth as ‘abnormal’ or ‘imperfect’ due to a Down Syndrome prediction,” Cincinnati Right to Life said in a statement.

What do you think about this new law and the response of Rev. Graham?