Planned Parenthood and their cronies in the Harris County DA’s office are doing their best to bury the Center for Medical Progress, and prevent any more videos from coming out. Unfortunately for Planned Parenthood though, it’s not working — a new video was just released today hitting Planned Parenthood for the accounting gimmicks they use to hide sales of aborted babies. 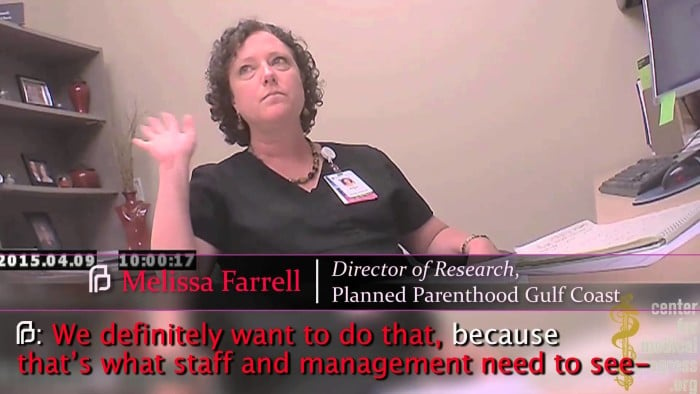 The video’s release comes shortly before David Daleiden, the founder of the Center for Medical Progress, will present himself before a Texas judge on Thursday morning.

In the new video released by the pro-life group, Melissa Farrell, Planned Parenthood Gulf Coast’s director of research, said that “we get requests a lot for fetal tissue.”

“We had two levels of invoicing for them,” Farrell said. “We had it worded as ‘per consent,’ because the consent process was the administrative part that we had to do. Then we had an overall ‘administrative fee’ for basically working it into um, the clinics themselves. And at the time, ‘per consent’ was 25 dollars.”

In a separate clip, when asked by the filmmakers about “renumeration,” Planned Parenthood Gulf Coast CEO Melaney Linton said that Farrell will “work on all of that with you.”

The Center for Medical Progress recently released coinciding financial documents that they say “demonstrate an illegal scheme” by Planned Parenthood to profit from the sale of aborted fetal body parts. 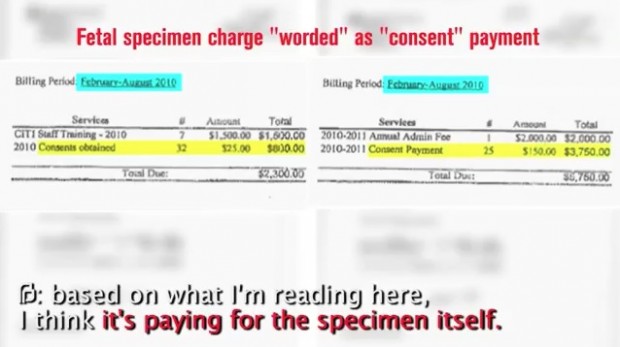 Planned Parenthood is shady organization and always has been, operating in secrets and lies. At least there are, for now, people willing to stand up to them and expose their crimes.