NY Times: What Abortion Needs Is The Face Of Freedom Or Something

I’ll never understand how abortion became one of the sacraments for Liberals, how they push for unfettered abortion access with no regulations. This is the same group which wants more and more restrictions on gun ownership, despite there actually being a Constitutional Amendment in support of gun rights. Back during the debate post Sandy Hook I asked if Liberals would support any common sense restrictions on abortion: the answer, as we see, is “no”. 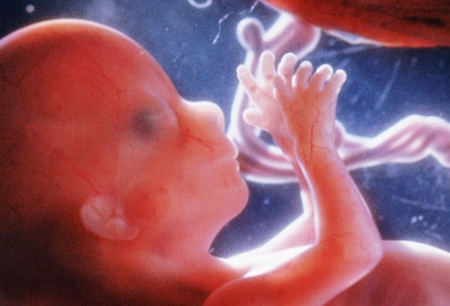 I offered a reasonable compromise[2], Democrats would not support it. North Carolina[3] has passed some common sense legislation that is meant to protect women, yet liberals are against something simple like abortion clinics having to be treated as outpatient centers…it’s not like “doctors” are yanking a fetus out of a woman or something.

Anyhow, here’s Beth Merfish, who seems super-duper proud that her mother had an abortion[4]

My mother chose to abort her first pregnancy, in 1972. She and my father, who celebrated 40 years of marriage on Jan. 6 this year, met as undergraduates at the University of Texas, Austin. They got engaged. Then my mother became pregnant. She was 20, and he was 21.

They knew they were thoroughly unprepared to be parents, but abortion was illegal in Texas at the time (unless a woman’s life was at risk). This was the year before the United States Supreme Court, in Roe v. Wade, a case originating in Texas, affirmed a woman’s right to have an abortion until the fetus was viable.

So the baby had to pay for the failure of Beth’s parents to practice responsible, protected sex, leading to a pregnancy that was apparently “inconvenient” for her parent’s lifestyle.

Until recently, fear of shame has kept her quiet about her experience, even as she passionately, publicly supported reproductive freedom. This is the first time we’ve discussed her abortion in public.

Beth discusses the abortion as if it was something to be proud of. Liberals really are sick, demented people.

What the movement for reproductive rights needs is for the faces of freedom to emerge from the captivity of shame. To my mother’s generation, I ask: Speak openly about the choices you have made. To all women: ask your mothers, grandmothers, godmothers, aunts, sisters, daughters and partners about their reproductive histories. Show that abortion has myriad faces: those of women we love, respect and cherish. You have the power to cement in the minds of your communities and families the importance of reproductive freedom. You have made decisions that are private, even anguishing, but the weight of this political moment demands that you shed light on those decisions.

These people are shameless. Having an abortion is nothing to be proud of, and should be kept private. Having an abortion (except in cases of rape or incest) shows that the mother engaged in reckless sexual conduct and now one of God’s children has to pay the price.

The opposition is frightening, as more states try to restrict abortion, but there is tremendous power and safety in numbers. You are part of a society of women who have been incredibly courageous; I ask humbly for yet another show of that bravery.

Having an abortion is not courageous: it shows that these women (and the men who support abortion on demand) should be treated like the mental children they are. They do not have the mental makeup to be allowed within adult society, they have no adult responsibility. It is not courageous to kill the unborn. How did it come to thinking that having an abortion and talking about it like one would mention removing a cyst is courageous and brave? These people are sick and disgusting.