Trump Gushes over Planned Parenthood at his #SuperTuesday victory conference

This is one of my big challenges with Donald Trump…[1] his support and love for Planned Parenthood. He says they have done a lot for women. Exactly what? Their biggest service is abortions, which is wholesale infanticide. Trump talks about not funding them until they stop abortions, but that would put them out of business. For the life of me, I don’t understand why he supports these butchers. He made it clear at his victory speech last night that he wholeheartedly loves them. It just blows my mind. He may call himself a conservative, but supporting these genocidal monsters is not conservative. 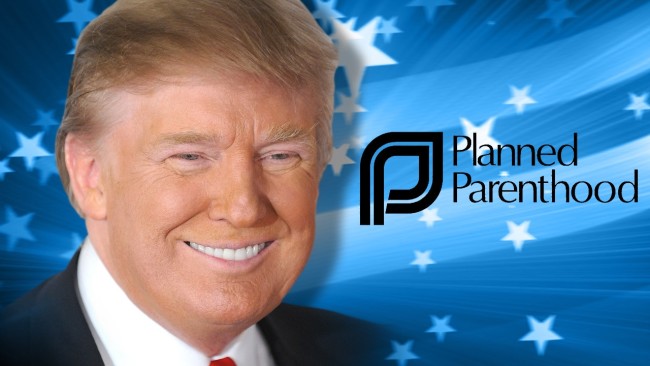 El Trump reiterated how much he loooooves the largest abortion provider in America during his victory press conference after winning several states at super Tuesday.

You just have to stand up and applaud the hypocrisy of Chris Christie standing behind Donald Trump. He says he is a devout Catholic. Right. Now he’s Trump’s little lap dog… well, not so little. It didn’t take much for Christie to sell himself out, did it? Christie looks uncomfortable during the whole affair. It reminds me of a Roman Emperor with his generals who know he’s moonbat crazy, but don’t dare say a word. And I love how Trump refers to real conservatives as so-called conservatives. It’s like being pregnant… you either are or you aren’t. We are, Trump’s not. Trump is trying to pander to everyone in order to win the presidency. This is a case of you have to elect him before you get to see what he’ll really do… that should terrify conservatives.