We all know social media has been targeting certain messages that they don’t agree with. YouTube has been demonetizing seemingly innocuous videos that they don’t think are “suitable for all advertisers,” Facebook’s constant algorithm changes are blocking people from seeing conservative pages that they have liked and now Twitter is shutting down Representative Marsha Blackburn’s pro-life campaign ad.

They’re claiming that certain phrases in the ad are intended to “evoke negative feelings” and if she wants Twitter to run her ad, she needs to remove those bits from her ad. Basically, she’s too pro-life for them and she needs to tone it down or they’re going to prevent her ad from running. 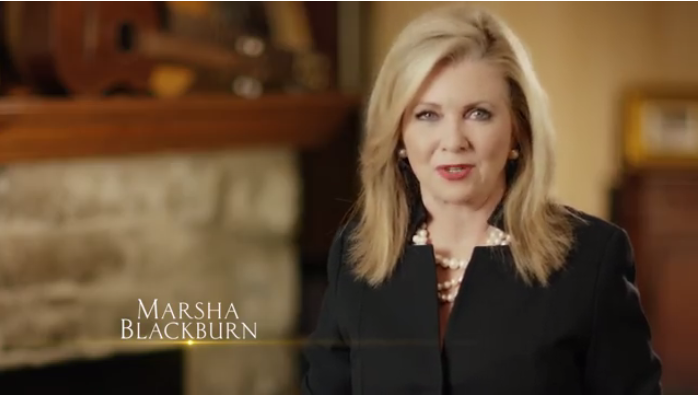 Twitter rejected Blackburn’s digital ad after claiming it contained an “inflammatory statement.” Can you find it?

According to the twits at Twitter, saying that she “stopped the sale of baby body parts” while in Congress constitutes an “inflammatory statement that is likely to evoke a strong negative reaction.”

Uh huh? And? That is Blackburn’s problem how? If you’re upset that she helped put an end to the sale of pieces of aborted fetuses, maybe the problem is with you, not an ad on the Internet.

An aide to the campaign is hitting back at Twitter’s blatant attack on free speech.

“Since when do they get to decide what political content is appropriate?” they said. “We hope to send them a message on how inappropriate this is and will ensure the pro-life community is aware of their actions.”

While Twitter is allowed to control what content is posted (it is their business after all,) it is strange that they would choose to target an ad that is arguably benign, simply because she stated a fact of her time in Congress.

Perhaps Twitter themselves has a problem with people boasting about their progress against the abortion industry. It’s entirely possible that this ad was vetted by someone who is a supporter of Planned Parenthood and was displeased by Blackburn’s attack on their political ally.

Either way, it should be noted that Twitter is continuing their attack on conservatism by making it impossible for us to get our messages out there, despite the fact that we are paying to do so.

I’m beginning to think social media is one big waste of time for Republicans and conservatives. Whatever good we might be doing by getting our beliefs out there is being mitigated by the tech giants trying to silence us. We need another platform.