The highest ranking officer killed in combat since Vietnam was laid to rest on Thursday and sadly, the president of the United States: did not attend the funeral[1]. Major General Garold Green served in Afghanistan and was the victim of an insider attack. President Obama: has not so much as made a statement or acknowledged the tragedy: publicly and neither has Vice President Biden. 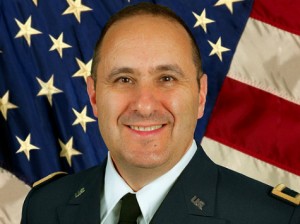 The highest ranking and most senior member of Obama’s administration that found the time to pay respects to the General that was murdered by the enemy was Army Chief of Staff Ray Odierno, according to: BizPacReview.

While Major General Green was being laid to rest, President Obama was reportedly playing a round at the Vineyard Golf Club with elites such as the World Bank President. As for Vice President Joe Biden, he was tied up with: vacation in the Hamptons.

In what can only be a gross oversight, or else a belligerent middle-finger, Obama hasn’t even ordered flags to be flown at half-staff, like he did for the deaths of singer Whitney Houston, as well as the former communist and South African President Nelson Mandela.

This is an utter disgrace.