Dr. Sebastian Gorka, a deputy assistant to President Donald Trump, resigned[1] from the administration on Friday evening. He had been serving in the post since January. 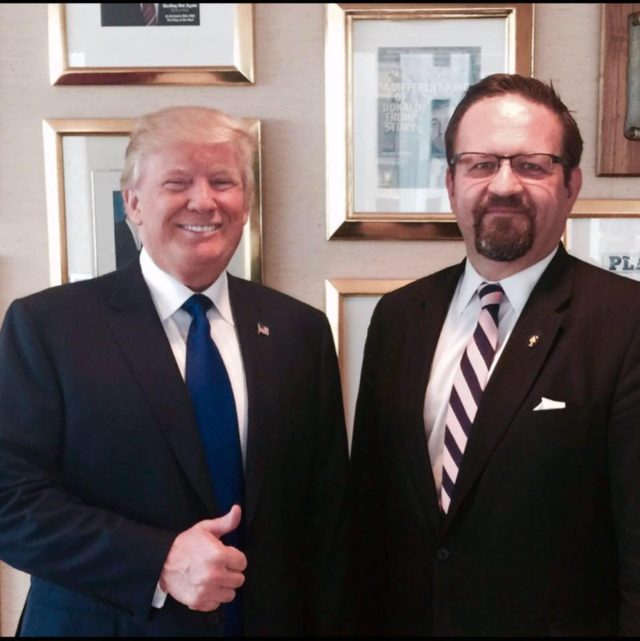 His letter addressed to the President included this:

Given recent events, it is clear to me that forces that do not support the MAGA promise are – for now – ascendant within the White House. As a result, the best and most effective way I can support you, Mr. President, is from outside the People’s House.

One of those forces not supportive of the “MAGA promise” was H.R. McMaster, who fired several individuals from the National Security Council who were loyal to fighting radical Islamic terrorism. This was a key issue surrounding the President’s campaign and sources close to Dr. Gorka claim the undermining of this platform made the former deputy assistant disillusioned. Allegedly, the straw that broke the proverbial camel’s back was the President’s speech on Afghanistan. He indicated his deep sense of frustration in his letter:

Regrettably, outside of yourself, the individuals who most embodied and represented the policies that will “Make America Great Again,” have been internally countered, systematically removed, or undermined in recent months. This was made patently obvious as I read the text of your speech on Afghanistan this week. … The fact that those who drafted and approved the speech removed any mention of Radical Islam or radical Islamic terrorism proves that a crucial element of your presidential campaign has been lost.

Gorka had also become unsettled with the abuse directed at him by the mainstream media, who included Gorka’s children as a target of their vitriol. There were also numerous bureaucratic obstacles used to hinder his work on national security issues, such as delaying Gorka’s national security clearance.

Dr. Gorka was a fine addition to the White House staff and we are all sad to see him go. It’s unfortunate that the President’s time and attention have been bull-rushed away from his campaign promises and more towards a perpetual war in the Middle East that no one wants to fight or to pay for anymore. I think I would have resigned as well.