Afghanistan’s president Hamid Karzai is going to release dozens of Taliban from prison. : Isn’t it time to leave:[1] 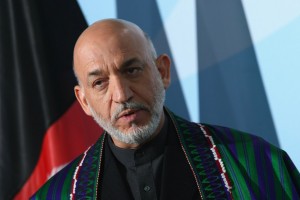 Just months after American officials ceded control over all detention operations in Afghanistan, President Hamid Karzai’s government has quietly planned dozens of prisoner releases that American and Afghan officials said on Tuesday would include committed insurgents who had attacked Americans.

The pending wave of releases has revived one of the most caustic – and seemingly resolved – issues between the allies just as relations have hit a new low over Mr. Karzai’s refusal to sign a long-term security agreement with American officials. Officials from both countries who support the security deal say they are worried that the mass release of militants with American blood on their hands could scuttle talks altogether and lead to a complete Western withdrawal from Afghanistan in 2014.

It was out of concern that dangerous militants might be too easily returned to the battlefield that American military commanders initially resisted Mr. Karzai’s demands in the spring to hand over all detention operations. As the Americans relented, they said they had received his personal assurances that security would be maintained.

Suddenly, it is a major issue again, though the releases have not been made final.

The Afghan commission charged with reviewing detainee cases at the main military prison near Bagram Air Base, a coalition hub north of Kabul, is planning to release more than 85 prisoners who the coalition and Afghan defense officials say should face trial. The plans were detailed by American and Afghan officials alarmed by the move, and have been confirmed by commission members.

“These are guys that are tied directly to killing and trying to kill our forces and Afghan forces,” an American military official said. “This is an issue of deep concern. It is serious.”

On the other hand, our boys get another chance to kill these guys.