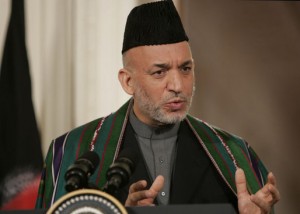 Afghanistan has enough evidence to try only 16 of 88 prisoners that the United States considers a threat to security and plans to free the remaining detainees, the president’s spokesman said on Thursday.

The move will further strain relations between the two countries that are already near breaking point over President Hamid Karzai’s refusal to sign a security deal to shape the U.S. military presence after most foreign troops leave this year.

Without a deal, Washington could pull most of its troops out after 2014.

The United States is strongly opposed to their release because it says the prisoners have been involved in the wounding or killing of U.S. and coalition troops.