PICTURED: Two Afghan Air Force trainees hunted by Homeland Security after they vanished from U.S. military base in Georgia

Two Afghan Air Force trainees are on the loose as they disappeared from the military base in Georgia. We’re told that there’s no indication that either man is a threat, which is typical of the government to not instill fear in the citizens, but I beg to differ if homeland security is hunting[1] them down after a magical disappearance. 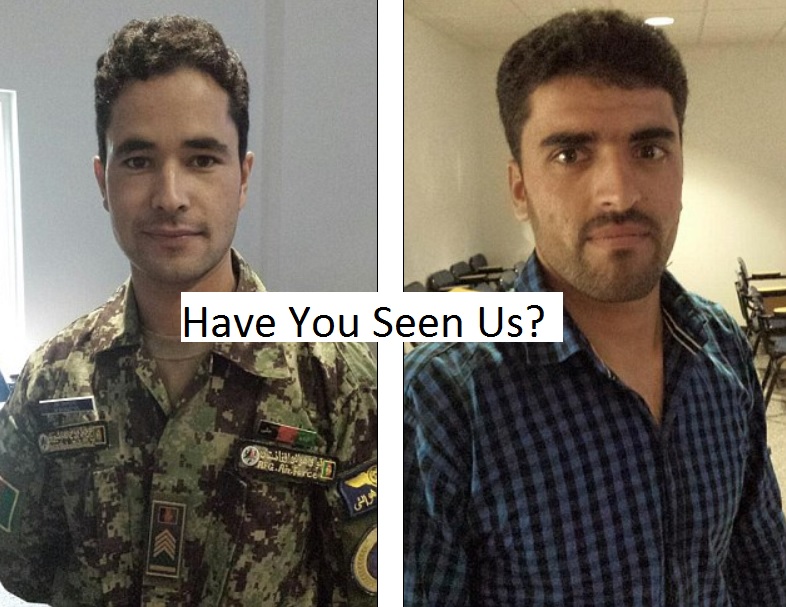 Air Force officials say the Department of Homeland Security has taken the lead role in the search for two Afghan men who disappeared while training with the U.S. military at a base in south Georgia.

The men – who were part of a group of 23 from Afghanistan who have been at the base since February – have now been identified as Mirwais Kohistani and Shirzad Rohullah.

This is definitely suspicious because it comes after terrorist attacks and the men are foreign. Of course, there’s been plenty of homegrown terrorists bred in our own homeland, and not to sound geographical snoot or racist, but there’s definitely a reason to be concerned when two Afghani men vanish into thin air.

Either someone captured them, recruited them, killed them, or the last possible scenario is they were probed by aliens. I think the former three options are more likely.

I’m sure you can YouTube an appropriate South Park clip on your own, but make sure you’re on the lookout for these fellas in Georgia.