This is a big endorsement[1] for Donald Trump. Rev. William Owens, who is the president of the Coalition of African American Pastors, gave his endorsement to Trump today and will be urging others to follow suit. He believes that Trump deserves a chance to prove himself to Christian voters. He also points out how blacks have suffered with the Democratic Party. He believes that Trump can be a great president. The man definitely has faith.

Owens marched with the Rev. Martin Luther King, Jr. in the civil rights movement. He has launched a campaign urging blacks to abandon the broken policies of the Democratic Party. He wrote an open letter to black voters and stated: “It is time we faced the truth. The policies embraced by the Democrats have failed us for decades. They have destroyed our communities, weakened our families, and doomed us to a future of dependency. What’s more, the Democrats now take our votes for granted and ignore our voices in favor of other interest groups.” 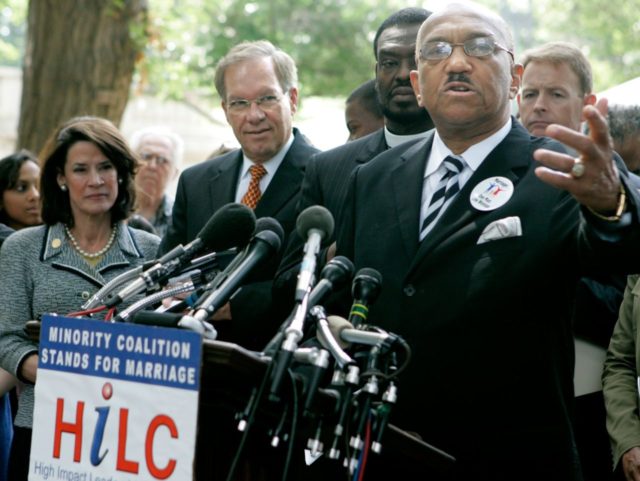 The president of the Coalition of African American Pastors[3] (CAAP) endorses Donald Trump for president.

Rev. William Owens, who is endorsing the Republican candidate as a private citizen, says Trump deserves the chance to prove himself to Christian voters, including those in the black church. He asserts the Democrat Party has offered blacks nothing but failed policies.

Owens is planning to hold a press conference about his decision on Monday in the swing state of Nevada.

When I was first called to help others, I began an organization called the “Give Me a Chance Ministry.” Our goal was to provide scholarships, tutoring and mentoring programs to underserved students. One of the keys to that remarkably successful program was the fact that we asked nothing from the university involved other than that they give these students a chance to excel. That is the position that I find myself in today when looking at the best candidate for President. Donald Trump has humbly asked the African American community to give him a chance. After witnessing 50 years of failure from the Democratic Party, compounded by a growing hostility to religion in their platform, I feel that it is definitely time that we give Mr. Trump that chance to prove he can be a great President.

“Be honest,” Owens asked of black voters. “Can you really say that Hillary Clinton speaks for you? Or understands the African American experience? We’re told that we should vote for her because … well, because blacks have always voted for Democrats.”

Owens through past experience has come to realize how one-sided the relationship is with the Democrats and how they take the black community for granted. “They ask for everything—support, votes, unquestioning loyalty—and give nothing back,” he writes. “If we want to reclaim our power as voters, then African Americans need to demonstrate that we won’t allow ourselves to be used.”

CAAP has launched a new initiative called RISE, a grassroots network that seeks to unite “people of every race, creed, culture, and background,” to focus on defending faith, family and justice. It is those precepts that finally made Owens throw his support behind Trump. He also cites the issue of Supreme Court appointments as a major factor in his decision to endorse him.

It’s another huge endorsement for Trump. We’ll see if it helps him become the next president of the United States next week.