I abhor Grammar Nazis[1], but come on! This is embarrassing. The Department of Education put out a tweet for Black History month, honoring civil rights activist W.E.B. Du Bois and spelled his name wrong. And making it much, much worse, made a typo in the apology four hours later. The Department of freaking Education! Paging Betsy DeVos!! 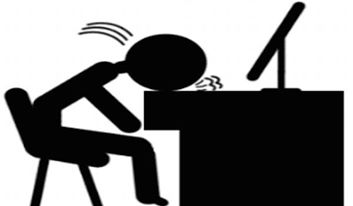 And since DeVos has only been on the job for less than a week, no, you can’t pin this on her. And she is not ‘historically unpopular’. Geez. I hate leftist publications. Simple proofreading should have prevented this before the tweet was sent out, but no… tweet first, regret later. I’m sure it upset a lot of African Americans out there.

The U.S. Department of Education needs to learn about black history — and proofreading.

The Education Department, now led by the historically unpopular Betsy DeVos, on Sunday tweeted a tribute to the African-American writer and civil rights activist W.E.B. Du Bois — and spelled his name wrong.

It then apologized — and made another typo.

The initial tweet featured a quote from Du Bois — “Education must not simply teach work — it must teach life” — and credited it to “W.E.B. DeBois.”

After four hours, the department posted a corrected version of the tweet and added an apology, which also had a mistake.

“Post updated – our deepest apologizes for the earlier typo,” it said.

Du Bois, who died in 1963, was the first African-American to earn a doctorate degree from Harvard University. He went on to co-found the NAACP, lead the Niagara Movement for civil rights and write prolifically about racism and social issues.

Given, I am not a fan of Du Bois… he founded the NAACP which I have serious issues with. They are Marxists as far as I’m concerned. But if you are going to honor someone, do it right. Sure enough, the New York Daily News went out of their way to blame DeVos personally for this when she had nothing to do with it. It’s disgraceful and just sick.

The Department of Education has been tweeting tributes to black icons throughout February to celebrate Black History Month. So far, the other tweets have been error-free. Someone makes an innocent mistake and compounds it with another, and that’s worthy of a write up like this? I’m sure it is eminently more important that North Korea test firing a missile or Iran doing the same thing. Or how about China firing off a multiple warhead missile? Nothing to see here folks. But don’t you dare misspell someone’s name… look… here come the Grammar Nazis again.

Welp, this is a foreshadowing of what #BetsyDeVos[6] is going to usher in @usedgov[7]. FFS! It's #BlackHistoryMonth[8] too!