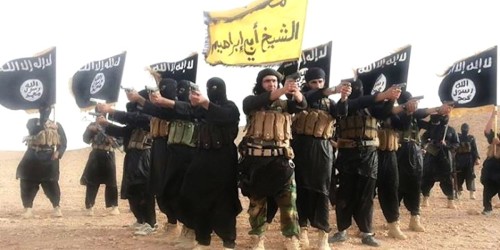 ISIS continues to be the number one threat to the safety and security of Americans. And Donald Trump is laying some of the blame [2]at the feet of Hillary and Obama. By their refusal to handle ISIS correctly, they have essentially helped to make them stronger, to “create” the danger that is ISIS. Read on to see what he said.

Donald Trump on Saturday said the policies of President Barack Obama and former Secretary of State Hillary Clinton “created ISIS,” the furthest the GOP front-runner has gone in tying the Obama administration’s policies to the rise of the terror group.

Trump offered no evidence for his claim here at the Mississippi Coast Coliseum, in which he also said escalating tensions between Iran and Saudi Arabia were signs that the Islamic Republic wanted to take over the longtime U.S. ally in the Middle East.

He couched his hit in a brief discussion of the Iranian protests outside the Saudi embassy in Tehran, which erupted after Saudi Arabia executed 47 people, including a dissident Shiite cleric.

“In Tehran, they’re burning down the Saudi embassy, you see that?” Trump said as he opened his remarks. “Now, what that is, is Iran wants to take over Saudi Arabia. They always have. They want the oil, OK? They’ve always wanted that.”

When we allow terrorists to continue their reign, with very little resistance, they only increase their power and ability to terrorize us. Trump knows this. And he isn’t backing down on his claim that Democrats helped to make ISIS the powerful force they are. Do you agree with Trump?