Allen West has just one question[1] for Hillary Clinton’s VP pick, Tim Kaine: “Senator Kaine, regarding your acceptance as Hillary Clinton’s running mate, does this mean you are cool with abandoning Americans to die in a combat zone and lying about it?” He wants a yes or no answer and he wants it now. Right there with him on this one. I mean, Clinton has said they are the same person… so does he support abandoning Americans and getting our people killed in combat zones? If you are known by the company you keep, that’s really damning for Kaine. But then again… he’s a Marxist, so color me unsurprised. 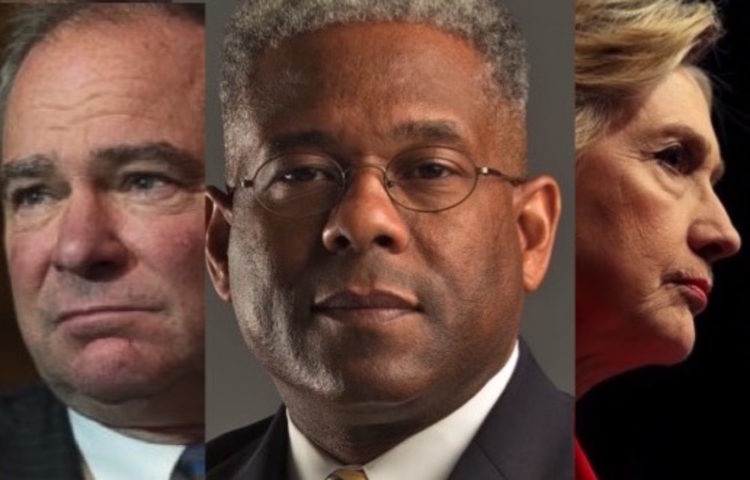 Funny, it looks like the Clintons run the state of Virginia as current Governor Terry McAuliffe, another corrupt politician, was also the DNC Chairman, and will probably be senator.

But, there’s only one question that needs to be asked of Senator Kaine, and since no one else has the “stones” to do so, I will.

Military families would really like to know the answer to that question. It’s a question that Kaine is refusing to answer by the way. The sad thing here is that there is a whole raft of Republicans out there who actually like Tim Kaine[3]. And if Trump wasn’t trying to thump the Hildabeast, my money says he would be buds with Kaine. As a rank-and-file Democratic senator, Kaine has shown deal-making tendencies with top GOP lawmakers and an affinity for breaking with his own party that’s earned him respect across the aisle. But lost in the mix here is how Kaine would view the military and operations like Benghazi. Sleazy politicians may like the guy, but I’m sure our warriors don’t. Anyone joined at the hip with Hillary Clinton is no friend of our boys and girls in harm’s way.