A Bloomberg poll revealed that just under three-quarters of Americans[1] think our greatest days are behind us. Is Republican Presidential candidate onto something with his slogan of “Make America Great Again”? 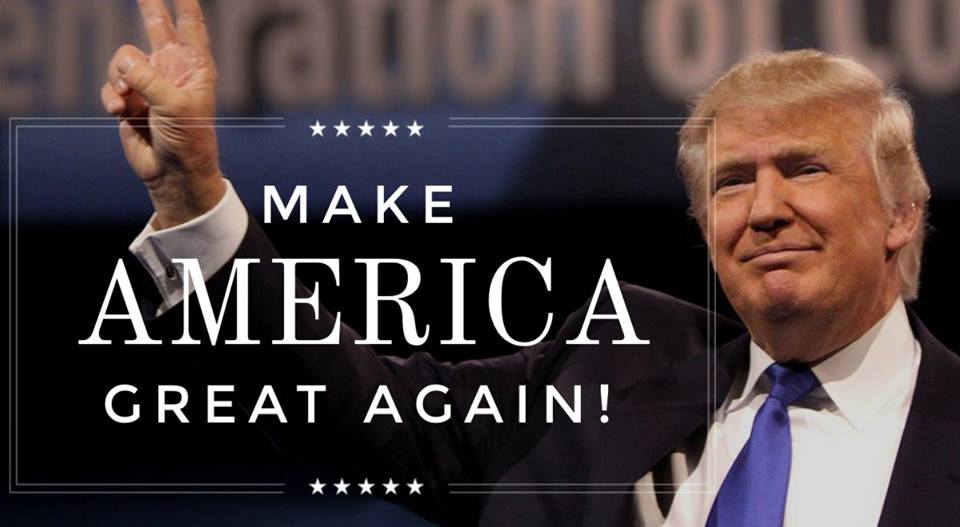 Republican presidential candidate Donald Trump may be on to something with his campaign slogan.

A Bloomberg poll[4] released Thursday shows 72 percent of the country thinks the United States isn’t as great as it once was.

When asked for the two main issues they thought were the greatest threats to America’s greatness, 31 percent answered moral decay while 27 percent said the country’s lagging work ethic was the biggest problem.

Other answers included the rise of Islamic State, which came in third at 26 percent, followed by the concentration of wealth at 25 percent. Twenty-one percent listed competition from China as their biggest grievance and 12 percent said undocumented immigrants living in the country was their main concern.

Despite Trump saying he wants to “Make America Great Again,” 69 percent of those polled said they couldn’t realistically see him in the White House.

The poll was conducted from Sept. 18-21 based on interviews with 1,001 people over the age of 18 throughout the country with a margin of error of 3.1 percentage points.

While we may not be able to agree on what ails our country the most, we can agree that it is suffering. That is the first step to healing.
Endnotes: