The current Oval Office occupant has claimed, and while speaking to the Veterans of Foreign Wars convention in Reno continued to claim that under his stewardship people have a new attitude towards and more confidence in America. 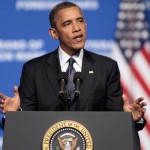 [1]“Four years ago, I stood before you at a time of great challenge for our nation. We were engaged in two wars. : Al Qaeda was entrenched in their safe havens in Pakistan. : Many of our alliances were frayed. : Our standing in the world had suffered. : We were in the worst recession of our lifetimes. : Around the world, some questioned whether the United States still had the capacity to lead.:  Because we’re leading around the world, people have a new attitude toward America. : There’s more confidence in our leadership. : We see it everywhere we go.”

“So, four years ago, I made you a promise. : I pledged to take the fight to our enemies, and renew our leadership in the world. : As President, that’s what I’ve done. : And as you reflect on recent years, as we look ahead to the challenges we face as a nation and the leadership that’s required, you don’t just have my words, you have my deeds. : You have my track record. You have the promises I’ve made and the promises that I’ve kept,” he said.

Do the promises you’ve kept include the over $1 trillion in pending defense cuts, which will lead to Army, Air Force and Marine Corps troop levels being reduced by tens of thousands?:  Does this qualify as instilling more confidence in American leadership?

Do they include an embarrassingly incoherent strategy for how to engage the Arab Spring?:  Libya, Egypt, Tunisia and Yemen are now heavily influenced by the Muslim Brotherhood and Syria appears to be not far behind.

Did the promises you made include blaming Israel, not the Palestinians, for the absence of peace between them?:  Are you including snubbing and humiliating Israeli Prime Minister Binyamin Netanyahu?

Neither Iran nor North Korea have been deterred or dissuaded from further pursuit of nuclear weapons.:  They both remain belligerent towards other countries in their regions.:  Are these facts included on your list of promises kept?

Does the list of confidence inspiring deeds include your decision to leave Iraq’s fate twisting in the wind by pulling out prematurely?: :  Does it include failing to negotiate a status-of-forces agreement with Iraqi Prime Minister al-Malik? How about leaving a power vacuum certain to delight Mahmoud Ahmadinejad and Iran’s Mullahs?

Is ratification of the New START treaty with Russia, one that weakens America’s missile-defense capabilities included in your calculations?

Is your ongoing failure to secure America’s borders, allowing illegal aliens to continue pouring into the United States while Mexican drug-cartel violence spins out of control on your list of inspirational achievements?

Are you including your decision to state a hard timeline for American troop withdrawal from Afghanistan that, if kept allows Al Qaeda and the 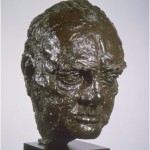 [3]Taliban to wait America out?

Did you include sending a bust of Winston Churchill, a gift from Britain to America as sign of solidarity with the United States in the aftermath of the 9/11 terrorist attacks on New York and Washington back to the British Embassy?

How about your refusal back in 2010 to meet with then Prime Minister Gordon Brown after no less than five requests, further undermining America’s long time special relationship with Great Britain?

It is fair to say that the White House has instilled around the world a new attitude towards the United States.:  To say that it has created a climate of new confidence in American leadership is not aligned with the facts revealed by a review of the administration’s foreign policy actions.:  Claims that the White House has renewed America’s leadership in the world are nothing more than wishful thinking and empty campaign rhetoric.