A national poll showing a 59/35 percent disapproval rating demonstrates how declining confidence in American economic performance has led business owners to turn on the White House.:  With the Oval Office insisting that the country cannot afford to continue the current tax rates for 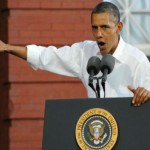 [1]individuals making over $200,000 and couples making more than $250,000, aka the Bush tax cuts for the rich, it is not surprising that investor confidence is lagging.:  Evidence indicates that the White House and their “progressive” allies have been repeatedly assailing small business owners, not “standing behind them” as their campaign rhetoric now insists.

Attacks originating from the White House such as the “You didn’t build that” remark are certainly not instilling confidence among entrepreneurs.:  2010 Census figures reveal that from 2008-2010 200,000 small businesses shut their doors. : Three million jobs were lost when those companies closed up shop.

Americans cut spending as U.S. economic growth from April through June slowed to a crawl at an annual rate of 1.5 percent. : The slowdown indicates that the economy may be stalling three years into a sluggish, mostly jobless recovery that began when the last recession technically ended. 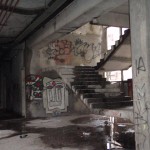 [2]A growth rate of 2 percent or less does nothing to lower unemployment rates, which remained stuck at 8.2 percent last month.:  According to most economic experts, growth is not expected to increase much in the second half of 2012, spurring fears of another recession.:  Few economists believe the U.S. economy will strengthen anytime soon.

A less than glowing corporate earnings report, continued financial troubles in Europe and a looming budget crisis in the U.S. are all expected to contribute to further reductions in business investment and contribute to a possible economic downturn.

Drawing upon his business experience, presumptive GOP presidential nominee Mitt Romney has plans to restore jobs in America within the private sector. : He is in favor of increased domestic energy production, a policy that will stimulate economic growth and reduce energy costs for all Americans. : Romney also favors taking a stronger stance towards China on matters of trade and currency manipulation. : He has repeatedly pledged to repeal and replace obamatax, also known by the misnomer: The Patient Protection and Affordable Care Act; a reversal of that policy will disperse the clouds of doubt and uncertainty currently inhibiting job creation, business growth and capital investment. 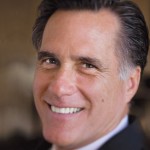 [3]ith a successful businessman in the White House and a legislature composed of business friendly Representatives and Senators, prospects for an American economic recovery will brighten immediately.:  Investors in America and especially Europe, where socialist tax assaults continue, will once again be inclined and incentivized to invest in America.

If you are one of the millions of American workers who have suffered long term unemployment or underemployment as a result of the failed “progressive” economic policies of the current administration and its “progressive” cohorts take heart, the first rays of the new dawn are just over the horizon.