These days, everything is offensive to someone. You can’t sigh without some no-name snowflake getting triggered and trashing you on social media, demanding your employers, parents, grandparents, pets and long-lost cousins apologize for what you said/did.

The list of things people find offensive is growing every day. For instance, someone claimed that a memorial featuring the American flag hurt their sensibilities and the spineless county officials actually removed it. 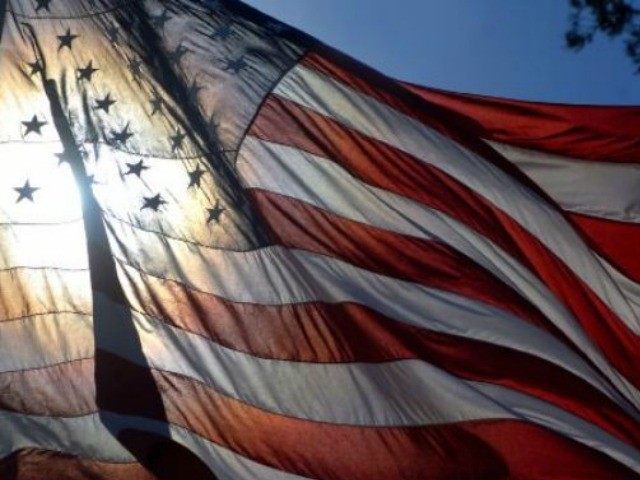 King County, Washington residents were outraged after the county agreed to remove a memorial to veterans featuring our American flag. Why would such a ridiculous thing be done in the country the flag represents?

Unsurprisingly, because someone said they didn’t like it. The official statement claims that motorists found the roadside memorial “distracting,” so it was removed, despite the fact that it had been up for quite some time prior to the complaint.

That didn’t appear to be the case, however, when several residents banded[2] together to replace the long-standing memorial.

“One person says they don’t like it, and they take it down. I don’t understand,” a Preston resident said. “We live in the United States of America. This is our flag. Why is it offensive?”

It’s not like the memorial was up for just a few days or weeks before it was removed, it had been up for YEARS, which makes it all the more unbelievable that it was removed for being a “distraction.” According to Breitbart[3], some county officials said that it wasn’t removed out of concern for motorists’ safety, but rather, because someone complained about it being offensive.

Officials claim that they are looking into a solution for the problem, but worry that making an exception in this case would make it more difficult to enforce the rules elsewhere.

If a memorial has been there for years and hasn’t been a problem, there is no reason to take it down. If it had been a distraction, someone would have pointed that out a long time ago. This is just catering to someone who got their feelings hurt and that’s not what that memorial is about.