Facing a divisive run-off vote for president of Egypt, Mohammed Mursi, the Muslim Brotherhood’s candidate, is trying for the center ground. He’s said he would include a wide range of political forces in government, promising to provide representation to women and children. “I stress to all people that the presidency… will never be individual,” he said. “Rather, the presidency will be an institution.”

Mursi also tried to reassure the uprising’s youth group leaders, saying he wanted a “democratic, civil, and modern state” including freedom of religion and a right to protest. “There will not be emergency law, and there will be no 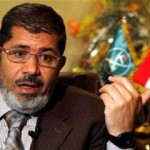 [1]arrests,” he said. “Youths are free, but they should bear part of the responsibility.”

Mursi added that Coptic Christians would be named as presidential advisers and even one as vice-president “if possible”. “Our Christian brothers, they are partners in the nation. They will have full rights that are equal to those enjoyed by Muslims.” There would also not be an enforced Islamic dress code, he insisted. “Women have a right to freely choose the attire that suits them.”

Egypt in 2011-2012 is a lot like Iran was in 1979-1980. A highly unpopular Western-backed leader heavily protected by a lavishly financed army being toppled by public demonstrations led by youthful protestors in advance of “democratic” popular elections. It also sounds like a 2012 version of “Hope and Change” Egyptian style.

Tell the people what they want to hear. Promise a transparent, inclusive, post-partisan government that secures freedoms and preserves rights. In fact, whatever the promises required to secure enough votes to win election are, make them. Once in office, keeping those promises will lose priority in the face of enacting the unspoken agenda. If broken promises become a problem, simply blame the very same political opposition you vowed during the campaign to work with as part of an inclusive government for preventing you from fulfilling those promises. Then, as in the case of the “progressive” Democratic candidate for the U.S. presidency, re-vow to keep the promises you’ve failed to keep over the past three years after you’re re-elected.

In June 1979, Khomeini’s Freedom Movement released a draft constitution for an Islamic Republic that included a Guardian Council to veto un- 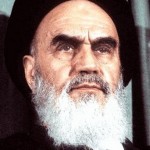 [2]Islamic legislation. Despite claims of “vote-rigging, violence against undesirable candidates and the dissemination of false information to produce an assembly overwhelmingly dominated by clergy loyal to Khomeini”, the new constitution was approved by Khomeini and the Assembly of Experts. Khomeini and the Assembly then changed course, rejecting the constitution, declaring the new government should be based “100% on Islam.” The National Democratic Front was banned in August 1979. The Muslim People’s Republican Party was banned in January 1980. The People’s Mujahadin of Iran was attacked in February 1980. University purges begun in March 1980.

Egypt’s Muslim Brotherhood, like all cells of the Muslim Brotherhood, is a proxy for the Iranian Islamic Republic. The likelihood is high that promises will be broken, political opposition ruthlessly oppressed, with freedoms and rights denied. Throughout human history, society has broken down into conflicting groups. Each group has said “We are right and you are wrong”, and if it’s strong enough, imposed its will upon the others.

Egypt’s pro-democracy activists already know the Brotherhood only joined their 2011 uprising after it had gained irreversible momentum. They also know that in order to secure goodwill with the generals who took the country over post-Mubarak the Brotherhood ditched them during their protests against military rule. The Brotherhood lost still more credibility when it reversed a decision not to run a presidential candidate in the election. Then it tried to stack a 100-member panel assigned to draft the constitution with Islamists, compromised mostly of it’s own members.

Given the history of Islamists co-opting popular uprisings against pro-western leaders in order to impose a theocratic regime, do not be surprised to see that occur in Egypt.

As it will be in the United States should the current White House occupant attempt an unconstitutional coup to prevent electoral defeat, the military is the ultimate wild card.