CHILLING VIDEO : Liberals DO NOT Want You To See THIS Video On Refugees [Watch]

This video garnered a million and a half views in less than five days but was taken down by YouTube following an alleged ‘copyright infringement’. Liberals do NOT want you to watch this- so watch now, while you still can[1]: 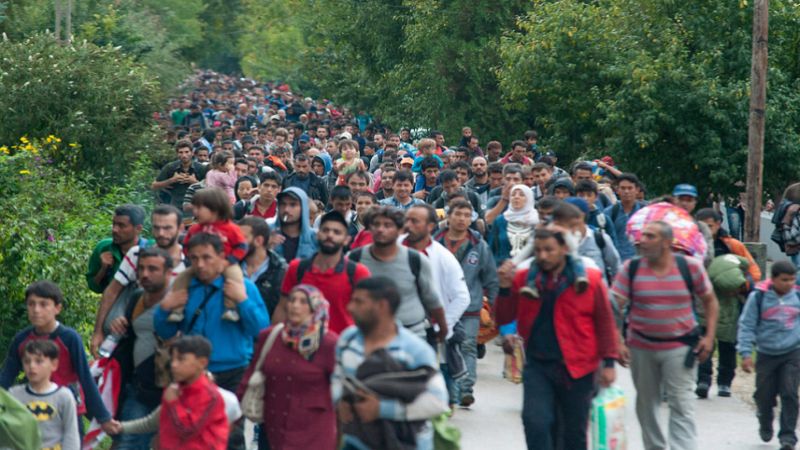 YouTube can ban content all they want, but they can’t make it disappear. This video on the Syrian refugee crisis has gone VIRAL with 1.5 Million + views so far.

Although the 19-minute film may feel like a dispatch from some crazy future, it is cut entirely from recent news reports, police camera footage, and interviews.

Kicking off with scenes of a modern car ferry disgorging thousands of illegals into Greece, the film then cuts to dozens of aerial shots of columns of migrants marching north into Europe.

The film followed the journey of Syrians into Europe, beginning on boats in Greece. The film then took a darker turn when it showed the uglier side of the immigration crisis.

“We are in danger, every day, every minute. We need someone to protect us. They come into our houses. I want to go to work, but I can’t. Our children want to go to school, but they can’t. They have stolen our lives!” one Greek woman horrified at the number of refugees pouring into her country said.
The film also featured Donald Trump talking about the crisis.

“I’ve been watching this migration, and I’ve seen the people. I mean, these are men. They are mostly men, and they are strong men … they look like prime-time solders. Look, Europe is going to have to handle, but they are going to have riots in Germany,” he said.

“I always thought Merkel was a great leader, but what she’s done in Germany is insane,” Trump stated.

The film is chilling when you consider that President Barack Obama wants to start bringing some of these same refugees into America, as does Hillary Clinton.

This is a frightening thought indeed to think that this may be the way that America looks soon if Barack Obama has his way.