Colin Kaepernick Gets CALLED OUT by Supreme Court Justice!

This is one of those rare times[1] I agree with Supreme Court Justice Ruth Bader Ginsburg. When Katie Couric quizzed her on the whole Colin Kaepernick mess, she was blunt. She thinks it’s dumb and disrespectful. But it isn’t illegal. The only thing that would legally stop him for taking a knee during the National Anthem is if the NFL made a rule prohibiting it. Since the teams are private entities, they are free to make such rules and to cut loose anyone who does not abide by them. Yes, Colin has a right to protest… but his employers also have a right to not stand for it. He should be protesting in the unemployment line.

Ginsburg is also offended by flag burning, but once again it is not illegal. Ginsburg is a Progressive icon on the left. This is a blatant break with other leftists who have come out in strong support of Colin Kaepernick and Black Lives Matter. Respect. 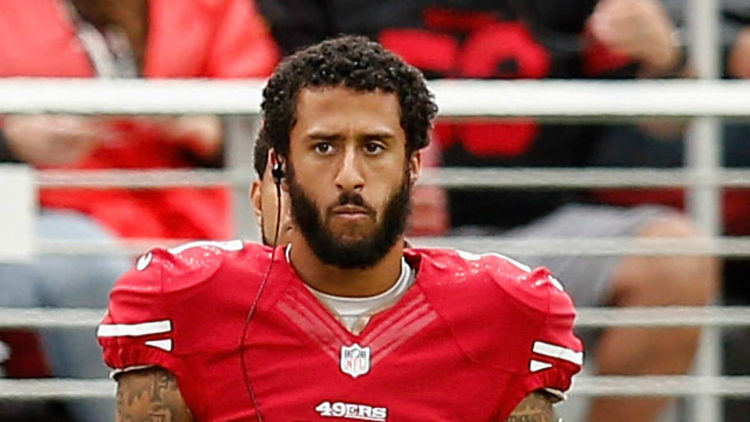 Supreme Court Justice Ruth Bader Ginsburg is weighing in on National Anthem protests which have become prevalent throughout the sports world — calling them “dumb and disrespectful,” while defending their legality.

In a Yahoo! interview, Justice Ginsburg was asked by Katie Couricspecifically about the protests in the NFL, and the movement led by[3]San Francisco 49ers quarterback Colin Kaepernick.

“Would I arrest them for doing it? No,” Ginsburg said. “I think it’s dumb and disrespectful. I would have the same answer if you asked me about flag burning. I think it’s a terrible thing to do, but I wouldn’t lock a person up for doing it.”

“If they want to be stupid, there’s no law that should be preventive,” Ginsburg said. “If they want to be arrogant, there’s no law that prevents them from that. What I would do is strongly take issue with the point of view that they are expressing when they do that.” I almost understand now how Scalia was friends with Ginsburg. She’s quite independent in her viewpoint on this and we find common ground on the subject.

Time Magazine[4] even featured Kaepernick on their cover. It’s a disgrace. Even worse, Barack Obama has come out in support of the radical, violent cop-hating Kaepernick and BLM. But I expect that from him. It came as a surprise when I read the viewpoint and written opinion of Ginsburg. I was heartened to see that even on the left, some see this for the vile action it is. 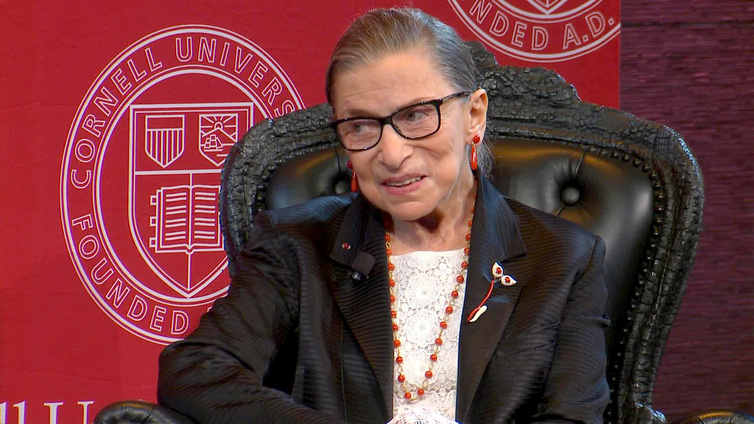 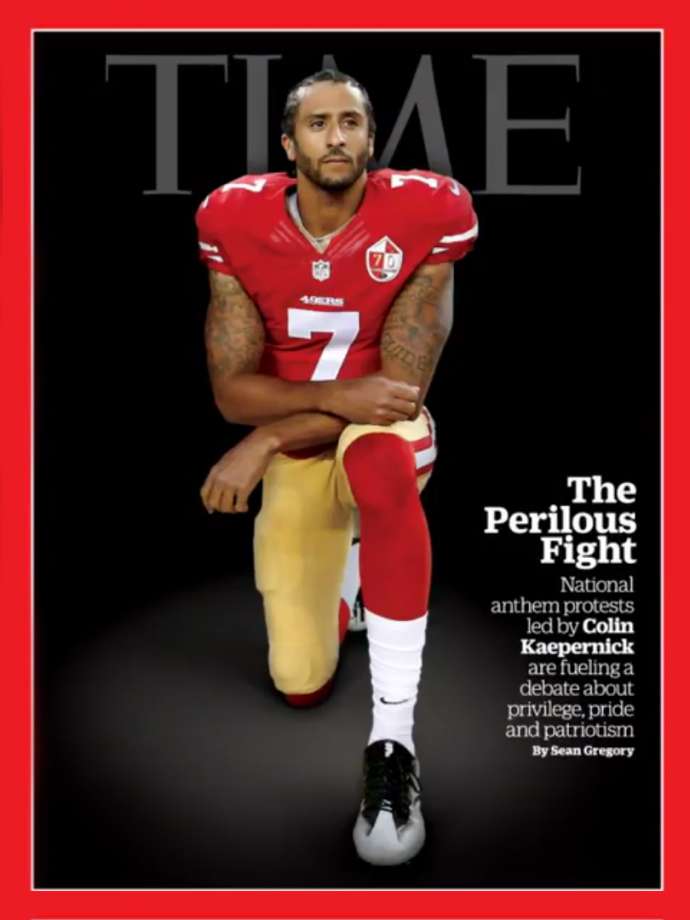