In Mexico, you fly the Mexican flag, in France you fly the French flag, so why have people recently come under attack for flying the American flag… in America? The latest case of this patriotic back-hand is a San Diego University sophomore being told to remove the American flag from his balcony, because it might offend some of the foreign students living in the same apartment complex.[1] 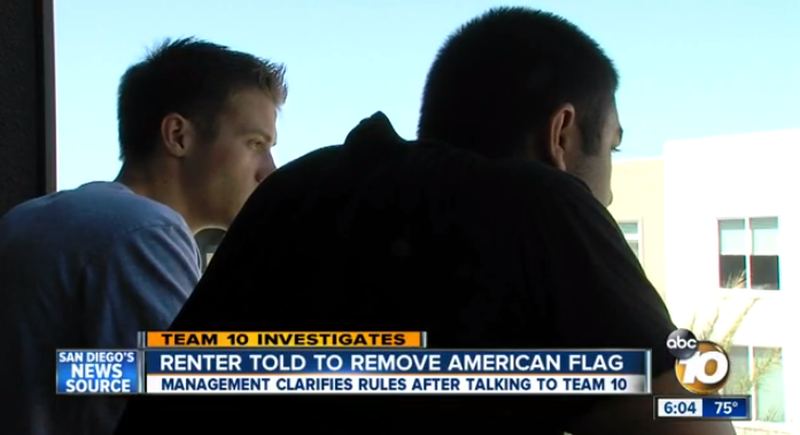 Brad Smith, who had just moved into the Boulevard 63 apartment complex in San Diego last month, told ABC 10 News[3] that he received a written notice to remove the flag a few days ago.

“We were then told that it was for political reasons and that the flag could offend foreign people that live here, foreign exchange students,” Smith said. “I’ve had friends and family fight to defend that flag.”

While Smith’s lease agreement with the apartment’s management does have a clause that says “no signs or other personal property may be kept outside the premises,” attorney Christian Curry told ABC. that the clause comes close to infringing on First Amendment rights.

If the American flag offends you and you’re living on American soil, feel free to hop on a floating door back to whatever country you escaped from. We are not here to apologize for our country or our way of life, and you either assimilate or get left behind. God Bless America.