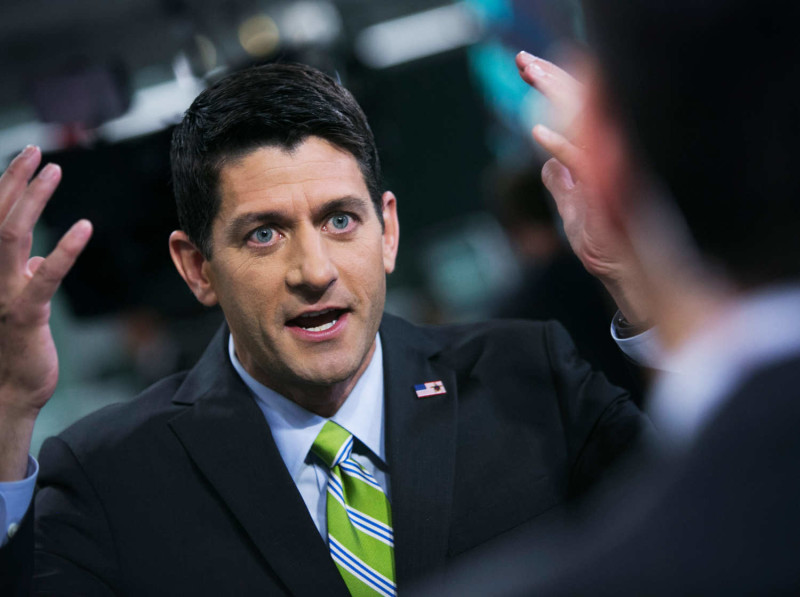 Democrats’ filibuster on the motion to proceed to Ryan’s show vote comes one month after Speaker Ryan sent President Obama a blank check to fund visa issuances to nearly 300,000 (temporary and permanent) Muslim migrants in the next 12 months alone. Ryan’s decision to fully-fund Obama’s immigration agenda arguably ceded any leverage he may otherwise have had over Democrats and ensured the large-scale migration into America would continue and grow.

Ryan’s inability to develop a winning strategy suggests he failed at what he has called the “first duty of the government.” Ryan declared after the SAFE Act’s initial passage in the House:

The first duty of our government is to keep the American people safe. That’s why, today, the House will vote on a plan to pause our Syrian refugee program… If our law enforcement and intelligence community cannot verify that each and every person coming here is not a security threat, then they shouldn’t be allowed in. Right now, the government can’t certify these standards, so this plan pauses the program. It’s a security test—not a religious test. This reflects our values. This reflects our responsibilities. And this is urgent. We cannot and should not wait to act—not when our national security is at stake.

Ryan informed the press that he had “reached out to our Democratic colleagues” in crafting the plan, and touted his acquisition a “veto-proof majority”—which no longer seems relevant since the Senate blocked further movement on the bill.

While Ryan and House Republicans celebrated their supposed political victory— preparing to fully fund Obama’s refugee plans while offering up a show vote – Sen. Harry Reid never seemed concerned. As The Hill reported at the time: “When asked about the prospect of Obama vetoing the legislation, Reid said, ‘Don’t worry, it won’t get passed. Next question?’”

Although many House Republicans seemed convinced that putting forth a toothless bill was a brilliant strategy, many conservatives were not. For instance, Rep. Walter Jones’ office denounced Ryan’s bill as a “show vote” that would “do nothing to cut off the funding for President Barack Obama’s plan to import tens of thousands of Middle Eastern refugees into the U.S.” Jones explained that, “defunding President Obama’s refugee program is the only way to ensure there is an actual halt to a refugee influx.”

Hot Air’s AllahPundit even observed that Democratic Sen. Dianne Feinstein’s bill was more substantive than Paul Ryan’s: “Another irony: when you compare the House GOP’s bill to what Senate Dems are pushing, it’s the Democratic bill that’s more substantive.”

Mark Levin slammed Ryan’s entire proposal as a fraud. “You’re not securing the homeland, you’re pretending to secure the homeland,” Levin declared, later tweeting out: “Washington fighting over phony policy and want you to think it is serious.”

Sen. Jeff Sessions explained that the legislation Ryan pushed through the House “allows the President to continue to bring in as many refugees as he wants from anywhere in the world.”

Given these reactions, it is unsurprising that there was no public momentum behind Ryan’s bill.

Ryan’s lack of desire to do anything right by the American public is exactly what we didn’t need after crybaby Boehner left. Now we have a young version of that do-nothing. Seriously, when are we going to elect some politicians with spines?