DINNER AND A SHOW: The McDonald’s Employee Brawl Caught On Video By A Shocked Customer 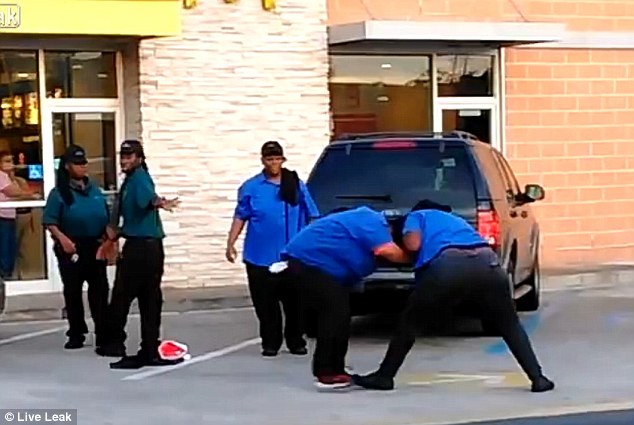 Two female McDonald’s workers have been caught on camera brawling in the parking lot of a Georgia restaurant.

The women were captured fighting outside on a customer’s cellphone who was sat filming from her car. She later uploaded the video online where it has been seen more than 120,000 times.

It is not yet known what sparked the vicious fight between the pair.

It doesn’t really matter. Whatever it is, it’s not worth two women publicly flailing away at each other at their place of work.

The video, if you can stand to watch it…

It’s episodes like this which bring to mind the admonitions of our founding fathers, who preached the necessity of having a virtuous people in order to properly run a free and democratic society.

This ain’t that. This is a bunch of people who lack the character to live in such a society, and their vote cancels yours out.