WHOA! This seems to be some good news people, right? A federal appeals court has just taken the steps to order lawsuits by Judicial Watch and Cause of Action…seeking to force the federal government to recover Hillary Clinton’s missing emails to…wait for it, MOVE FORWARD!

This is directly reversing the lower court’s dismissal on the lawsuits. 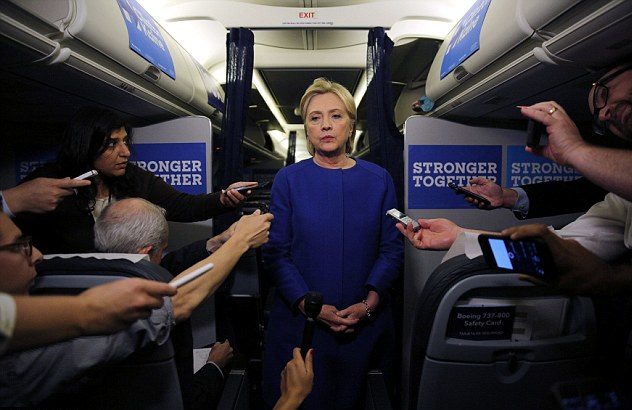 Is this too good to be true?

Who knows, but when Obama’s Secretary of State, John Kerry, out right refused to take all lawful measures that have been mandated by the federal law to get Clinton’s emails recovered, it was the last straw.

Judicial Watch and Cause of Action brought two separate lawsuits that are aimed at seeking to force Attorney General Loretta Lynch to set up a Justice Department investigation.

A federal ‘trial’ judge for the district of Columbia had already dismissed these lawsuits, stating they were “moot and no longer appropriate for judicial action.”

December 27th was the day that a three-judge panel told the lower court to speak to the hand…because the investigation is going to happen. As a result, the lower curt is to restart proceedings on the lawsuit.

The panel for this lawsuit does include both liberal and conservative judges…so that’s something positive. Maybe?

“The Federal Records Act governs the creation, management and disposal of federal records,” Senior Judge Stephen Williams wrote for the court, quoting a previous case. “Due to the importance of maintaining federal records (which are generally accessible to the public through the Freedom of Information Act), the act strictly limits the circumstances under which records can be removed from federal custody or destroyed.”

Although the State Department’s requesting that Clinton please turn over emails produced some results, the D.C.-based appeals court noted that

“the Department has not explained why shaking the tree harder—e.g., by following the statutory mandate to seek action by the Attorney General—might not bear more still.”

“In terms of assuring government recovery of emails, appellants have not been given everything they asked for,” the court concluded. “Absent a showing that the requested enforcement action could not shake loose a few more emails, the case is not moot.”

To that I say… UP AND ONWARD!