Eight regions of Spain have had their credit ratings cut as uneasy Spaniards moved their money overseas. Spooked by the questionable state of their banks, Spanish savers are now moving their money abroad faster than records have ever shown. Spain’s credit rating has been downgraded two notches and nearly 25% of Spaniards are unemployed 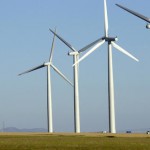 [1] “green jobs” agenda, which just happens to have been cited many times by barack obama as the way “forward” for the United States. “Green energy” has now been exposed as a costly disaster that has undone Spain’s economy.

The Spanish Administration confessed “the increase of the electric bill is principally due to the cost of renewable energies.” It has now become officially recognized that the price of electricity, as well as increases in Spain’s debt are due to the extra cost of solar and wind energy. Additionally, the Spanish administration now admits that each green job that was created cost more than 2.2 traditional jobs in the private sector.

All evidence to the contrary, the obama administration insists on moving full speed ahead with its ill imagined, full frontal assault on the American energy industry, coupled with increased promotion of their “green jobs” fantasy.

Not only is coa 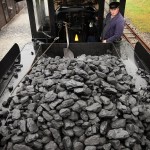 [2]l America’s cheapest source of energy, the United States owns some the world’s largest coal deposits. Newly enacted EPA regulations now force a reduction in utility CO2 emissions to 1,000 pounds per megawatt of electricity. This regulation effectively bans construction of new coal-fired plants and will invariably lead to hikes in electricity costs. Since only natural gas meets the new emissions standard, the country’s electricity providers will be forced to pay the cost of converting to natural gas. One way or another, electricity prices will “necessarily skyrocket”.

Despite administration claims, obama’s hostility towards fossil fuels has led to reduced opportunities for domestic oil production. obama continues to call for the elimination of targeted tax breaks oil companies have been receiving for decades. The general public is largely unaware of the fact that those tax breaks are targeted chiefly for exploratory activities. Drilling for oil is an expensive, uncertain business venture. Even successful fields have limited lifespans. Besides, hiking taxes on new exploration is counter-intuitive to increasing production.

In addition to his open aggression towards traditional fuels, obama plans on “investing” more of American taxpayer money by doubling down on spending for wind farms, solar energy, homegrown biofuels and energy-efficient cars and buildings. The history of the administration’s “investment” strategy is fraught with peril.

Here are a few of the “green” “sustainable energy” failures that have already been supported by the current administration’s “investments”. Remember, all 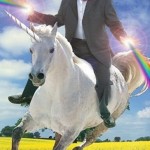 [3]this financing was done using your tax dollars. Well, not exactly. It has been done with tax dollars to be re-paid to the Federal Reserve Bank and China by your grandchildren and great grandchildren. Plus interest:

Evergreen Energy-Which has filed for Chapter 7 bankruptcy, saying it’s “impossible to maintain operations” due to funding shortfalls. This announcement came after the company received $5.3 million in “stimulus” funds.

Amonix Inc.-A manufacturer of solar panels that received $5.9 million from the “stimulus”, laid off about 200 employees only seven months after opening a factory in Senate Majority Leader Harry Reid’s home State of Nevada.

Beacon Power Corp-Sought bankruptcy protection in 2010 after they received a $43 million loan guarantee from the Department of Energy.

These are all in addition to Solyndra-A solar panel maker that received a $535 million loan guarantee, then famously filed for Chapter 11 protection.

This is a mere taste of problems found when centrally planned big government intrudes into the free market. Not only is the spending inherently wasteful, the fact that these companies were in large part operated by big donors to obama’s political campaign points to the corruption involved when an ideologically captive, politically driven politician makes investment decisions based on cronyism. Two thirds of all energy loan guarantees or grants made by the obama administration’s Department of Energy have gone to his campaign donors or donation bundlers. Can you say quid quo pro?

All government energy subsidies should end. Energy companies should be free to compete without government interference. If and when “green” “sustainable energy” becomes a competitive solution, consumers will reward “green” companies that used private capital to successfully situate themselves in the market by purchasing their products. That’s how a free market works. That’s what’s made America the greatest economic success in the history of human civilization.