GRUESOME Discovery Made Inside Car Parked Outside Walmart For Months!- Locals HORRIFIED!

This is just awful! This young woman has been missing since November of 2015, and was recently found dead in her car in a Walmart parking lot[1]. 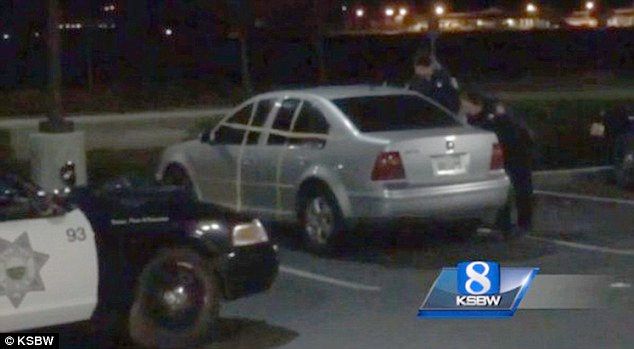 A 22-year-old woman who died in her car in a Walmart parking lot is thought to have been there for months.

Lauren Jessie Moss was reported missing from a rehab facility on November 13 of last year.

On Wednesday police recovered her body from her silver 2003 Volkswagen Jetta, which had been in a Walmart parking lot since the end of last year.

Monterey County sheriff’s Cmdr. John Thornburg said he thought the body had only been in the car for a few days before it was discovered on February 3.

However, the Walmart security footage leads to a conclusion that the girl had been dead in the car for months.

Security footage from the Walmart only goes back to early December, but the video show’s Lauren’s car there in the same spot as when it was found.

Lauren’s windows were tinted and she had a sun protector in her window, making it hard for other people to spot her.

Her car was investigated after a Walmart employee noticed the silver Jetta had been in the same spot for days.

Thornburg said she was considered a ‘voluntary missing adult’ because nothing indicated she had been involved in an argument or altercation before her disappearance.

An autopsy has been completed and Moss’ family notified but no cause of death has been established.

Moss’s sister says that Moss left a suicide note behind for her family and police said they thought Lauren committed suicide.