Harry Reid Is Not the Only Liar 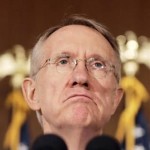 Is not the legal system in the United States based on the presumption of innocence?:  Did Harry Reid grant himself the authority to alter that, or did he obtain permission from the White House by fiat?

Since when is it the business of the Senate Majority leader to take to the Senate chamber microphone and accuse a political opponent of a serious crime while presuming him guilty and demanding he prove his innocence? : Is not Senate business the job for which Reid was elected?:  How does making this unsubstantiated charge fit in with conducting the business of the United States Senate?

It would be bad enough if this Harry Reid distraction from the failures that define the post-fad institutionalized “progressive” left’s Oval Office tragedy was an isolated incident.:  For a “man” in what has historically been a prestigious position to make such outrageous charges without a single shred of evidence exceeds extremely egregious.:  But sadly, an overview of the political landscape shows that it is not just Harry Reid who is engaged in spouting lies, uttering distortions and intentionally creating or parroting misinformation. 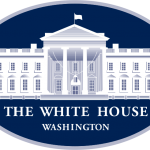 [2]The White House re-election campaign has sued Ohio over a state provision that gives three extra days for early voting to members of the military. : The administration and the “progressive” Party Pravda pushed back hard, claiming that the lawsuit did not intend to target military voters. : That claim is pure, unfiltered bollocks.:  Over the decades, “progressive” Democrats have sought to suppress military votes. : In 2000, when “progressive” Democrats were passionately seeking to steal the Florida Electoral College votes from George W. Bush, they actually succeeded in disqualifying military ballots.

Then there is the 2012 case of “progressive” Democratic U.S. Senate candidate Elizabeth Warren in Massachusetts.:  Despite having blue eyes and blonde hair, she claims that she is “Native American”.:  The “evidence” she presents to support her claim?:  Her mommy told her so. 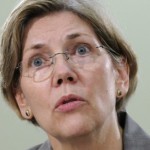 [4]Never mind that her claim was rejected by the Cherokee Nation, and that an investigation of her family tree offers no support for her assertion.:  In the meantime, while Warren claimed she didn’t know whether or not Harvard had ever promoted her Native American background, the Boston Globe reported: “For at least six straight years during Warren’s tenure, Harvard University reported in federally mandated diversity statistics that it had a Native American woman in its senior ranks at the law school. According to both Harvard officials and federal guidelines, those statistics are almost always based on the way employees describe themselves.”

Such a deal!:  Lie about your heritage so your application to work as a member of the Harvard Law school faculty is given preferential treatment.:  When your lie is discovered, say it must be true because mommy said so.

[5]On the latest airing of FOX News Sunday, host Chris Wallace caught White House re-election campaign chairman David Axelrod in a lie about “Recovery Summer”.:  Axelrod repeatedly stated that in 2010 he never spoke about the administration’s imaginary “Recovery Summer”.:  Evidence shows he did exactly that during an interview with David Gregory on the NBC program Meet the Press.

As it turns out, “Recovery Summer” was, in and of itself, another oft trumpeted “progressive” fabrication.

Then there is Fast & Furious.:  The White House and their “progressive” co-conspirators dreamed up the “perfect” way to convince Americans that more rapacious “progressive” big government infringements on their constitutionally protected gun rights were needed.

What was that “perfect” plan?:  To intentionally allow hundreds of deadly automatic and semi-automatic weapons to walk across the southern border and into the hands of known criminals in Mexican drug cartels.:  The cover story would be that the government intended to track the guns and catch cartel higher ups red handed. 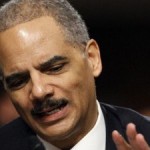 [7]Never mind that zero effort was made to track the guns.:  None of the guns that the Bureau of Alcohol Tobacco and Firearms and the Department of Justice let walk were capable of being tracked by GPS.:  Once the guns crossed the border, there was no way of telling where they ended up.

Instead of providing any evidence to support their tracking claim, the DOJ and the White House asserted they were merely continuing a program established by the Bush administration.:  The difference between the two policies discredits that assertion.:  The far fewer number of guns that were allowed by the Bush administration to leave the country had been equipped with GPS tracking devices.

After the House of Representatives Investigative Committee caught U.S. Attorney General Eric Holder in a lie and demanded additional information from the DOJ about the Fast and Furious scandal, the White House exerted Executive Privilege, which cannot be used unless the White House itself was involved in the activities under question. 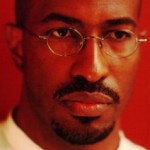 This statement flies in the face of the fact that in order to gain politically, decades of “progressive” Democratic policies quite nearly destroyed the global economy through “progressive” big government social engineering in the U.S. housing market, have skewed American tax codes in favor of dividing Americans into separate economic classes and punishing the successful while rewarding the unsuccessful, have set about to destroy the concept of a traditional two parent family, dismantle the military, make more people dependent on “progressive” big government “entitlement” programs and allowing an unrestricted flood of illegal alien invaders into the country in hopes of buying the votes of their children with “progressive” big government handouts.

Still want to cling to the claim that “progressives” are the adults in the room?

At least RNC Chairman Reince Priebus is willing to call Reid a ‘dirty liar’.:  ABC’s George Will compared Reid’s actions to McCarthyism by saying: “Look, in 1950, Joe McCarthy went to West Virginia, didn’t know what to tell to the Women’s Republican Club of Wheeling, West Virginia, so he said I have in my hand a list of 205, we think that are – 205 communists in the State Department.:  (He) didn’t have a list.:  Harry Reid doesn’t have any evidence either.:  This is McCarthyism from the desert.”

Now is time for all American Patriots to expose the coordinated lies that are being and for decades have been spewed by “progressive” Democrats and their seditious allies within the institutionalized “progressive” left.

Maybe, just maybe, there are enough intelligent undecided swing voters with sound moral character remaining to ensure that “progressive” hopes for re-election end up where they belong, in the ashes.