HERO: Cop Saves Baby From Shoplifting Drug Dealer, Now The Story Is Going VIRAL Because of THIS!

Because…THAT’S what the Good Guys do

Here’s a horrible, horrible story which as it turns out has a bit of a silver lining[1]. By the way, don’t do drugs, all right? 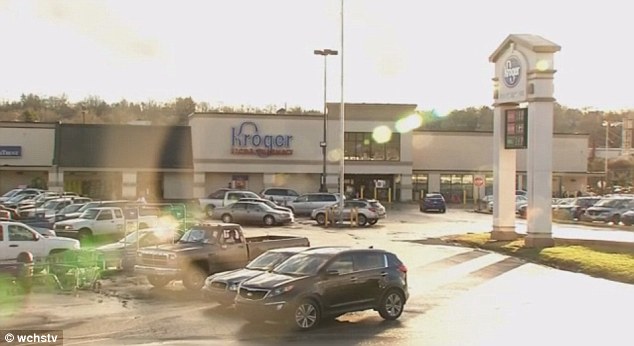 A heartwarming photo of a police officer in West Virginia cradling a baby girl after he helped to rescue the 14-month-old has gone viral.

St Albans police Sgt Philip Bass was part of a group of officers who responded to a shoplifting call Monday morning at a local Kroger grocery store.

While at the store, officers were alerted by store employees to a woman later identified as Donnyell Harrison, 39, who had locked herself in the store’s bathroom with a crying baby.

‘The lady let us in the bathroom and then we saw her, and this little baby, she was sitting in a buggy with a baby bottle of Dr. Pepper,’ Bass told WCHS-TV. 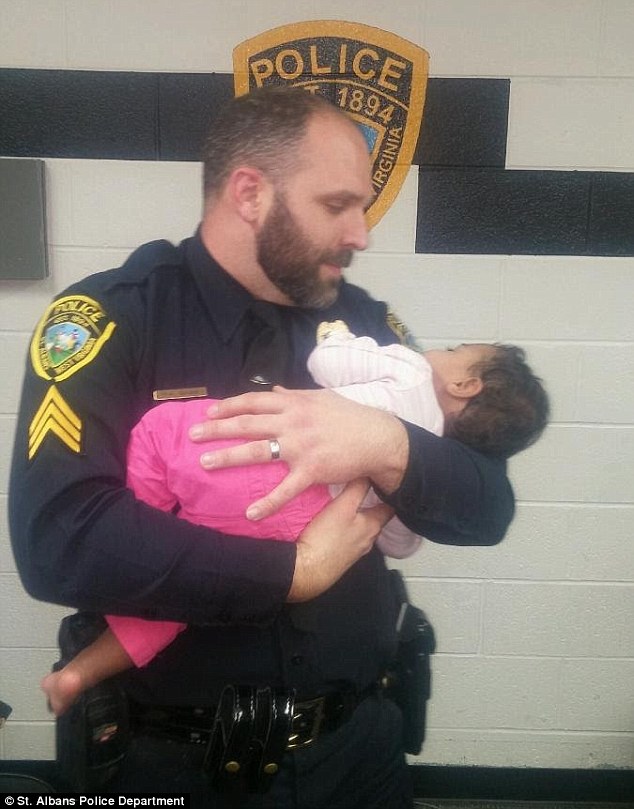 And now for the horrendous part…

Cpt James Agee, one of the other officers who responded to the scene, said there were ‘obvious signs of drugs’ in the bathroom, including ‘a lot of pills visible,’ WCHS-TV reported.

Harrison, who is not the baby’s mother, was arrested and charged with drug possession with the intent to distribute, police said in a news release.

Police said the baby’s mother is currently in jail and left the baby with another person who gave her to Harrison to take care of.

So this poor kid has been passed around like a joint to one loser after another thanks to her jailbird mom, resulting in a doped-up shoplifter feeding her Dr. Pepper in a baby bottle in a grocery store commode surrounded by drug paraphernalia. Meanwhile, across America there are families desperate to adopt babies, which would likely include this one.

It’s enough to drive you crazy.