A heroic Houston homeowner and his gun put coal in the stockings of thieves who were going to ruin Christmas for his 83-year-old neighbor. Not so fast, buddy:[1] 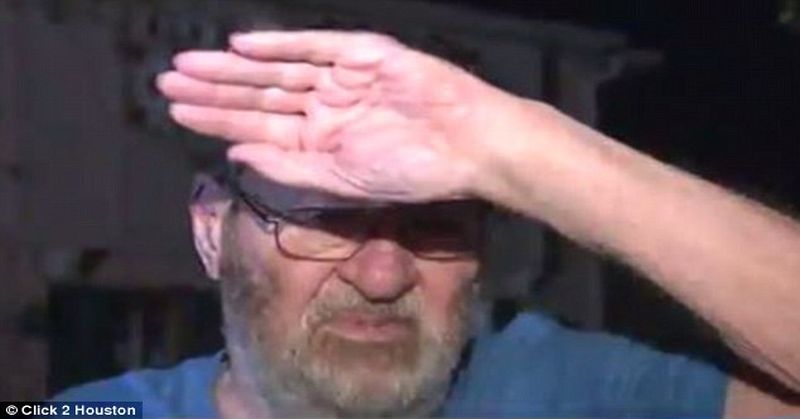 The burglars were in Harry Wells’ garage loading up his own car with gifts from under his tree – as well as a rifle, a flatscreen TV and a mounted deer head they’d taken from inside his home – when the neighbor confronted them.

The intruders, who kicked in the back door of the home, didn’t listen to the unidentified neighbor when he told them to freeze – and they attempted to run him over with their getaway car.

He fired five shots at the suspects’ car while another neighbor called the police, according toKHOU.

The five shots didn’t wake Wells and he slept through the entire incident,Click2Houston reported.

Wells, who got most of his stuff back thanks to his neighbor but is still missing car keys, said: ‘I didn’t know anything was going on – my hearing is so bad – until a deputy sheriff was in the bedroom.’

The getaway car hit a truck that belonged to the family of ten-year-old Diego Contreras, who saw the encounter unfold from his home across the street.

Contreras said: ‘I thought they were going to rob our house.

‘[The neighbor] was worried about the old man.

Good thing this neighbor intervened with his peacemaker, or there might have been more severe consequences. Glad he got his stuff back, especially right before the holidays.