It’s getting really old[1] that some parents are so politically motivated that they have started using their own children as pawns. Just stop it. An Indiana mother filed a lawsuit today against an elementary school teacher because she tried to make her son recite the Pledge of Allegiance. The horror! I hope a judge throws that suit out and makes that mother pay all the legal costs. It’s abhorrent. The mother claims it is a violation of her son’s First Amendment rights and that: “He was doing it to protest the government of the United States, as it was racist, greedy and does not care about people,” the lawsuit stated. Black Lives Matter anyone?

This happened twice. The first time, the teacher took the little thug to the principle’s office. The second time, she took him out to practice reciting the Pledge. The mother is claiming the child was traumatized because the teacher made him feel as if he was doing something wrong. He was. They’ll never do it, but he should have been expelled. It’s part of school policy to recite the Pledge of Allegiance. It’s not a time to protest, regardless of what black anti-American activists think. 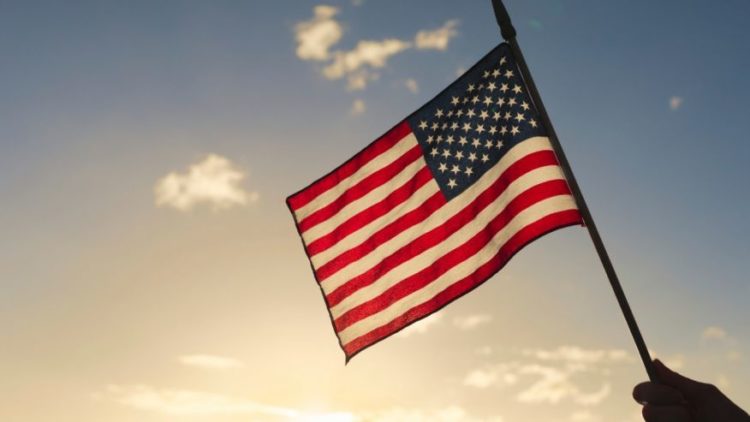 An Indiana mom filed a lawsuit on Friday against an elementary school teacher and principal for allegedly forcing her son to recite the Pledge of Allegiance.

Jamie Porter said her son’s first grade teacher removed the boy from class when he refused to stand for the Pledge of Allegiance back in March, according to Fox 59[4]. The lawsuit, filed by the ACLU on behalf of the family, alleged that the boy refused to recite it because he was “protesting” the government.

“He was doing it to protest the government of the United States, as it was racist, greedy and does not care about people,” the lawsuit[5] stated.

After hearing the student’s reason, the teacher, Kelly McFarland, then took the student out of the classroom and to the principal’s office. Principal Mary Beth Harris was told what happened and the student was taken back to class 20 minutes later, according to the lawsuit. Later in the day, however, Harris took the boy out of class and had him “practice” how to recite the pledge.

“She told him that they were going to ‘practice’ how to do the Pledge of Allegiance and she made him recite the Pledge with her,” the lawsuit alleged.

So, tell me… since when do you let six and seven year-olds determine what is and isn’t done in a classroom? They should never challenge a teacher like that in my book. They are there to learn and to follow directions, not protest and make political statements. The teacher did exactly what she should have done and for that, she’ll probably lose her job and get sued to hell and back. Disgraceful.

I have to wonder if the mother is doing this for the money and the publicity. I consider her actions here and the way she is teaching her child to be deliberately disobedient to be a form of neglect and child abuse. The child can’t even recite the three branches of government… I doubt he even knows who the President is. So, please spare all of us that he has a right to protest. His mother coached him and told him to do it. I hope a judge sees it that way. 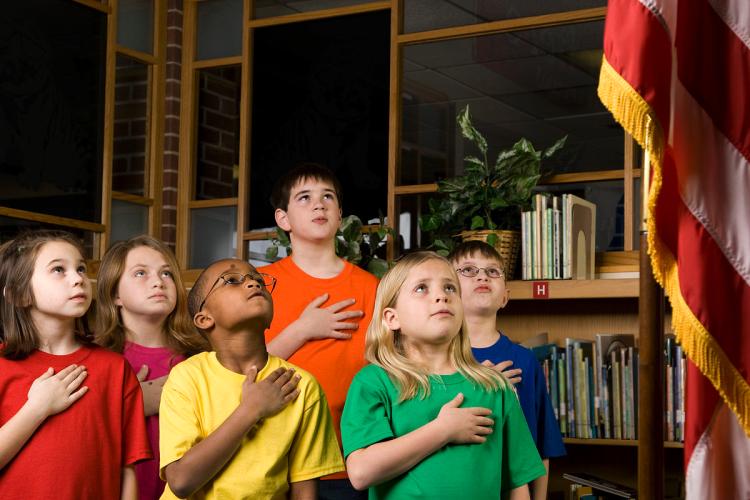