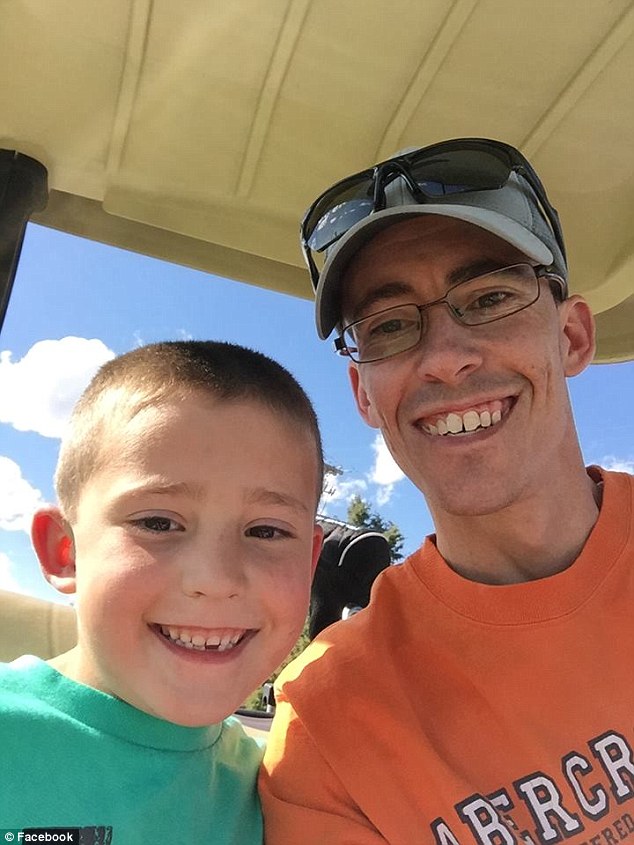 Kaysen Latham will likely never get on a roller coaster again – and after seeing this video, it’s not hard to see why.

The six-year-old from Texas had a terrifying experience during a ride at Wonderland amusement park in Amarillo, after his seat belt suddenly released while the roller coaster was only halfway through.

Kaysen’s father, Delbert Latham, took his son on the ‘Mouse Trap’ and recorded the moment on his cell phone, not knowing what was about to transpire.

As seen in the video, a smiling Kaysen excitedly approaches a big dip on the roller coaster, only for his face to turn to horror as he slips from his seat.

Kaysen can be seen falling to the floor of the cart in the footage, as his father scrambles to pick him up.

‘My seatbelt!’ Kaysen can be heard saying.

Mr Latham then puts his arm around his son, firmly holding him in place, while saying: ‘I got you. You’re fine, I promise. I got you.’

Kaysen quietly says ‘help’, while his father reassures him everything is fine.

Here’s the video. It’s terrifying for little Kaysen, but his father is cool under pressure. Lucky kid.