Philadelphia resident Emily Lance generated outrage on the Internet after she posted a video of herself urinating on an American flag. On the 4th of July.

The backlash has been quick and severe. Lance has even received death threats, which is absolutely ridiculous. 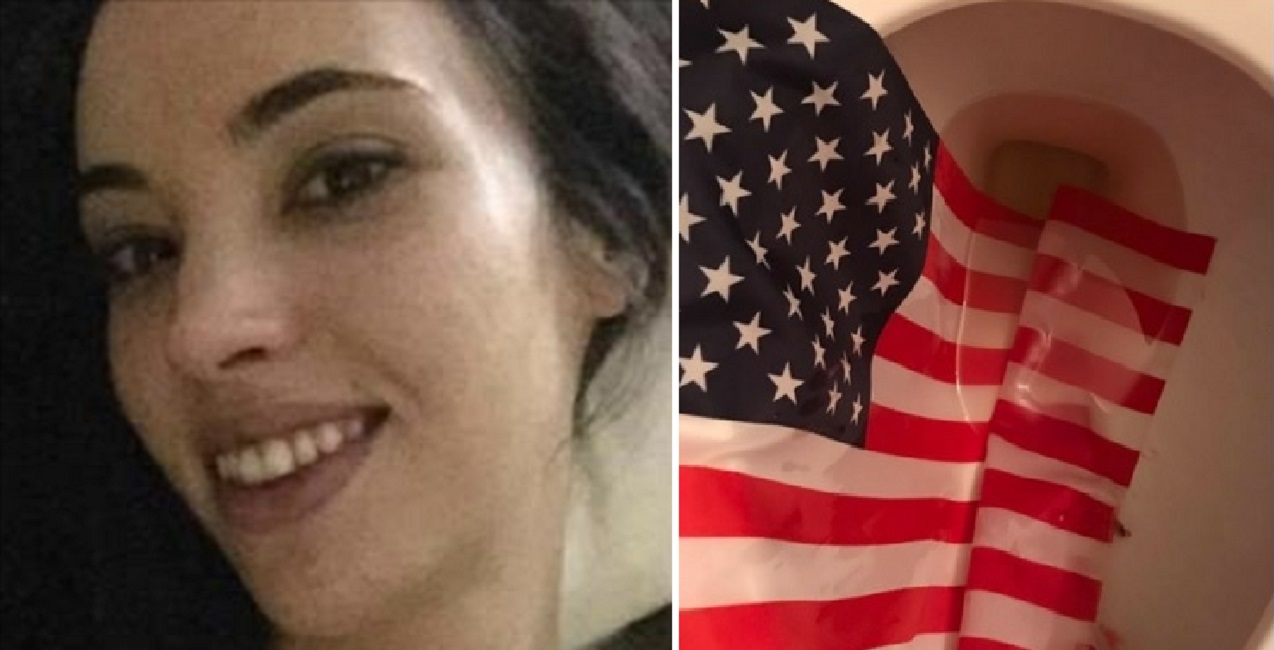 I am absolutely NOT going to post the video here because it is inappropriate and offensive. There is no reason for me to subject you to that. In fact, it has since been removed by Facebook, but was posted to several other locations.

However, I will post the link to the video for those of you who are morbidly curious because I know there is at least one of you out there. You can find the video here[2], but don’t say I didn’t warn you.

The video naturally garnered a lot of hate from people who have basic decency. Lance hit back on Facebook and according to the Daily Mail[3], she didn’t pull her punches:

“Freedom (of speech/expression) means that I’m entitled to do and say as I please, EVEN if you don’t like it, so long as I am not physically hurting someone. And no, your precious feelings don’t count, that’s your own problem.”

“What don’t you people understand? You’re celebrating freedom while damning me for doing the same. You can’t have it both ways. FREEDOM OR NONE. Practice what you preach or shut the f*** up.”

What she doesn’t seem to understand is that we also have the freedom to criticize her for her actions, so actually we’re not trying to have it both ways.

What you DON’T have the right to do is threaten this woman and/or her family for doing something you don’t agree with.

“People are wishing illness, harm, and suffering upon me over a piece of fabric,” she later added. “People are willing to MURDER someone over a flag. It’s so sad that people don’t realize how brainwashed they are. I’m gross for peeing on a symbol? LOOK AT YOURSELVES. You people epitomize all that is foul.”

We are better than that. This sad woman feels the need to desecrate the American flag to try to get attention, so feel bad for her, pity her and pray for her. But don’t threaten her.