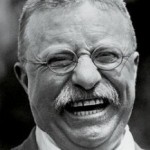 [1]The “progressive” movement in America first appeared during the late 19th century in response to so called “robber barons” such as Andrew Carnegie, John D. Rockefeller, and J.P. Morgan. The “progressives” saw what to them was unbridled capitalism being practiced by these men and deemed it to be injurious to the well-being of the masses. Early “progressives” included Theodore Roosevelt, William Howard Taft, Woodrow Wilson and Franklin D. Roosevelt.

The American “progressive” movement leaned heavily upon and was greatly influenced by the Fabian Socialist Society in England. The Fabian Socialists contribution to the “progressive” movement was the idea that their goals could be achieved most successfully if their society worked to re-mold the world nearer to their heart’s desire gradually, using tactics of harassment and attrition, and striking full force only when their moment was at hand. This strategy was employed by their namesake, the Roman general Fabius Maximus, who used it in combat against the superior military forces of Hannibal and the Carthaginians. 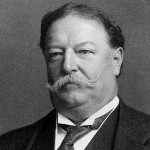 [2]This strategy, also known as gradual inevitability, has been one of the cornerstones of the “progressive” movement in America. Instead of attempting to over-reach for their long term goal to subjugate the American public in one fell swoop, thereby ensuring that the electorate of a country founded upon the pillars of freedom and liberty would roundly and soundly reject their ideas, they decided to take on a seemingly insurmountable task in small steps that were both more easily hidden and more easily digested by the Republic.

The federal income tax began in 1913, courtesy of “progressives” William Howard Taft and Woodrow Wilson. Thanks to the unyielding activism of President Franklin D. Roosevelt, who browbeat the United States Supreme Court into accepting his legislation against their better judgment, Social Security was launched in 1935. Medicare and Medicaid came into being in the year 1965 courtesy of Lyndon Baines Johnson and his Great Society agenda. Thanks to the concerted efforts of numerous “progressives” in both houses of Congress, who reached secretive backroom deal in the dead of night, twisted arms and employed the parliamentary procedure known as reconciliation in the Senate, they, along with the Barack Hussein Obama White House were able to pass “The Patient Protection and Affordable Care Act,” commonly known as Obamacare, which was signed into law in 2010. 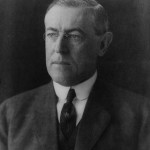 [3]s is an accurate description of a gradual “progression” toward the inevitable goal of an expanded government taking increasing control over the lives of individuals.

The next powerful influence on the “progressive” movement in America was the Frankfurt School.

The Frankfurt School was an openly Communist group formed in 1923 during the pre-Nazi Germany Weimar Republic. After Adolph Hitler came to power in 1933 the Frankfurt School knew that if they stayed in Germany Hitler would kill them for being Communists. They then fled Germany to escape that fate and were welcomed into the United States by “progressive” President Franklin D. Roosevelt. 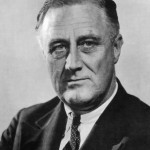 [4]Cultural Marxism is an offshoot of Marxism that maintains that human behavior results from culture, instead of heredity or race. Cultural Marxists promoted the idea of racially organizing non-whites in concert while asserting that for white people, race does not exist. Cultural Marxists promoted the impairment of white people, race-based affirmative action, globalization, coded speech, censorship, diversity, anti-Western education, dysfunctional sexual norms, the mass immigration of Third World populations into Western countries, multiculturalism over a nation rooted in common ancestry, and elevating non-Western religions above Western religions. Cultural Marxism advocates the idea that whites, instead of giving birth to white babies, should marry interracially or adopt non-white children.

Political correctness was and remains another key element. The basis of political correctness is: when addressing the general public, present your beliefs attractively. It’s a matter of being “sensitive” to other people. Use words such as “tolerance” and “diversity,” asking: “Why can’t we all just get along?”

Political correctness in the USA was championed by Herbert Marcuse. Marcuse became one of the main gurus of the 1960s adolescent sexual revolution. He was the one who coined the expression “make love, not war.”