Race Isn’t Everything, It’s the Only Thing

Contempt of Congress charges are being levied against U.S. Attorney General Eric Holder because he is a champion “supporting measures to 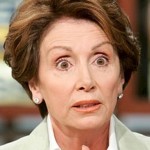 [1]overturn these voter-suppression initiatives in the states”.:  So says Former Speaker of the House Nancy Pelosi.

A “progressive” has spoken.:  End of story.

It is absolutely inconceivable that contempt of Congress charges could be over secret documents pertaining to the murder of Border Patrol agent Brian Terry.:  It certainly could not have anything to do with weapons lost in the botched Fast and Furious gunrunning operation. Not in any way, shape or form.:  Not no way, not no how.:  Such conclusions are completely out of the question.:  To even suggest such possibilities prove beyond all reasonable doubt that you are indisputably a closed minded, razor toothed racist vampire who is exactly like that evil, lily white, ship jobs overseas vulture capitalist Mitt Romney.:  You have always been a racist.:  You will always be a racist.:  Your parents were racists.:  Your children will be racists.:  You are in love with your racism.:  You are proud of your racist views.:  You hope your racist views and ways will spread across the country and ideally, the entire world. 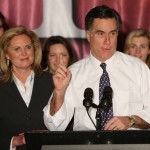 Welcome to the “progressive” States of America, where race isn’t everything, it’s the only thing.

Never mind that on the subject of race Eric Holder called the United States “a nation of cowards”. : In case the subtlety escapes you, Holder thinks the entire nation is racist.:  Of course for Holder, racists are white by definition.

Forever erase from your memory the fact that Eric Holder dismissed a slam dunk case of voter intimidation committed by member of the New Black Panthers Party in Philadelphia during the 2008 election.:  That there are eye witnesses and video evidence showing that they were in uniform, wielding clubs and verbally taunting potential voters proves nothing.

Forget that the U.S. Department of Justice is suing Arizona and other States because they are acting responsibly by protecting U.S. Citizens from 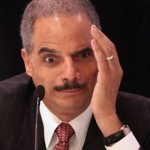 [3]invasion.:  In the “progressive” States of America, that too is racist.

Ensuring voter integrity in American elections by carefully reviewing voter rolls in order to root out fraudulent votes is forbidden.:  To engage in such activity is…yes, you guessed it…racist!

Perhaps it would be a useful to take this exercise to its inevitable conclusion:

If you wear white sneakers instead of ones of color, you must be racist.:  If you wear a white t-shirt instead of one of color, you are clearly a racist.:  If you drive a white car instead of one of color, you simply must be a proud, long practicing racist…especially if your car has whitewall tires.:  Any and all students who write on white notepads instead of ones of color must be racists.:  All places of residence where the walls are painted with white paint are populated by racists.:  Watching a movie or television show starring Betty White?:  Sitting on a white toilet seat?:  Using the white pages in the phone book?:  Wearing white socks and underwear?:  Reading 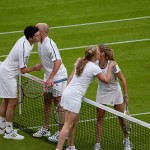 [4]books containing white pages?:  Knowing someone whose last name is White?:  Using white copy paper?:  Those vendors who mail their customers telephone, gas and electric bills in white envelopes?:  Drying your hands with a white towel?:  Puffy white clouds in the sky?

You guessed it: morally reprehensible.

Considering the clearly racist clothing policy practiced by the Wimbledon tennis tournament, it is easy to understand obama’s resentment towards and dislike for the British.

It would be suitable to refer to an old fable about the boy who cried wolf, but that would open the floodgates for charges of racism over use of the term “boy”.