The School Told Him To Take His American Flags Off His Truck – Then He Gave This EPIC Response!

Just because you attend a high school[1] doesn’t mean you don’t have constitutional rights. This school crossed the line big time here. They told a student that others found his American and POW-MIA flags offensive that he had proudly displayed in the bed of his pickup truck. The school didn’t give Robinson the option of removing the flags himself. Instead, Robinson claims a school administrator unscrewed the bolts securing the flags to his truck and laid them in the bed “when I wasn’t even there.” The school later tried to say the flags were a safety hazard and this kid called bull crap on that assertion. 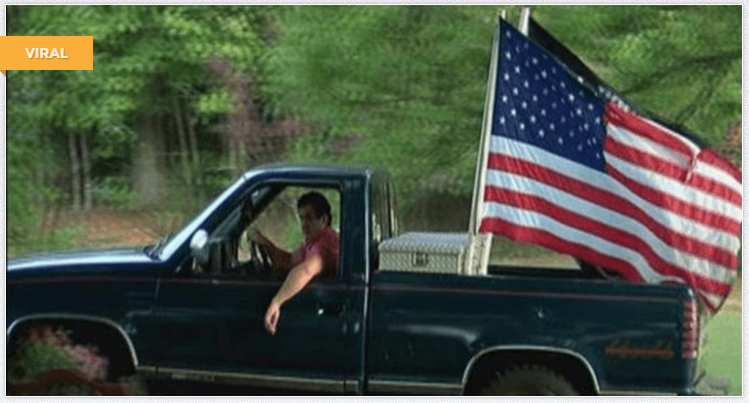 When 18-year-old York Comprehensive High School senior Peyton Robinson was told by his school that he was no longer allowed to fly his American Flag and POW-MIA flag on his pickup truck, he knew he had to do something.

According to Q Political[3], Robinson said his school told him, “We’re having some issues. Some people were complaining about the flags in your truck, and the flags could possibly be offensive. We need you to take them down before your return to school on Thursday.”

This student did exactly what he should have… he took it to social media where it went uber viral. He said, “I was pretty mad, I don’t see how it’s a problem,” Robinson said. “Nobody has ever complained about it before. I’d understand if it was the Confederate flag or something that might offend somebody, I wouldn’t do that. But an American flag — that’s our country’s flag. I have every right to do it. I don’t see a safety issue. I mean, I understand it’s a big flag — it’s 4 by 6 — but nobody has ever complained about it being in their way or anything.” In response, the next day other students brought their own flags to stand in patriotic solidarity with Robinson. By Thursday morning, there were over 70 vehicles with American flags on them in the school parking lot. American veterans stood at the school entrance to salute those coming in. Take that, y’all! The school predictably proceeded to back down and slink into a corner with their tail between their legs. 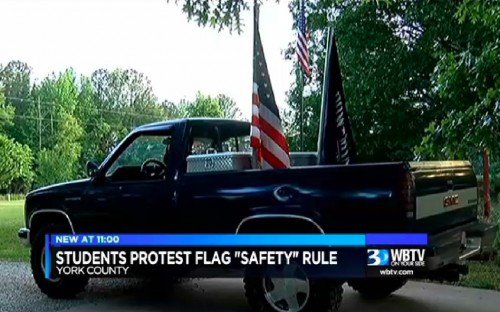 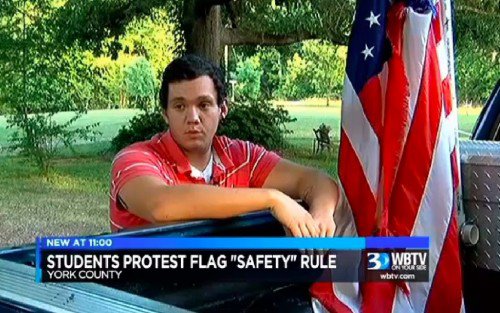 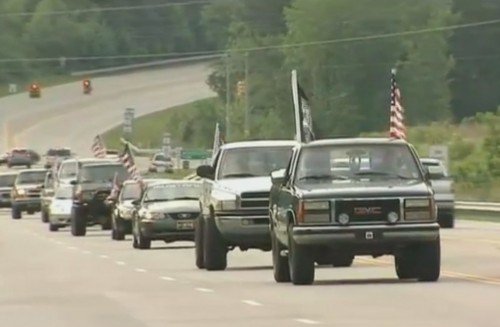