The liberals are kicking 2018 off with a bang, getting a head start on this year’s stupidity. And boy do we have a doozy already.

St. Paul, Minnesota’s incoming mayor, Melvin Carter III, has declared that the “Star Spangled Banner” is an “ode to slavery,” despite the fact that the song has nothing to do with slaves at all. That kind of “logic” can only be present in someone who has no knowledge of our history, or the history of our National Anthem. It would be funny if it wasn’t so frighteningly ignorant. 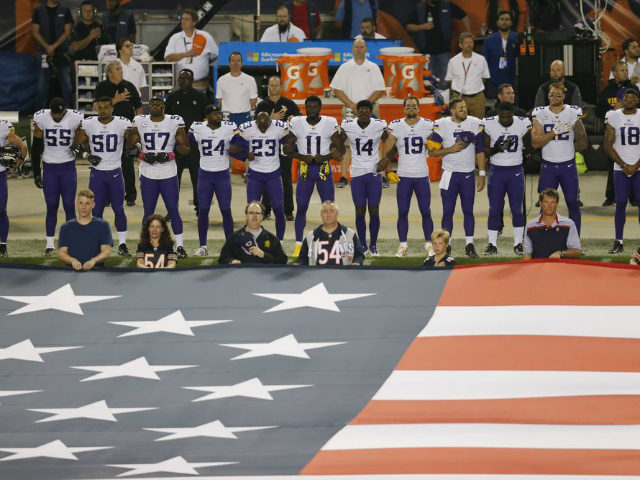 He insists that if “all” of the verses were played, it would become obvious that the song is more about slavery than it is about pride in country, and persevering though hardship.

“We cannot ignore the painful reminder, written into our anthem’s third verse, of just how deeply injustice is rooted in the American tradition. … Our national freedom song is an ode to slavery,” he said during an address.

“This is the American paradox, passed from generation to generation, dating back to the noble group of rich, white, straight, male landowners who embedded into our founding principles a yearning for a set of God-given rights they sought to secure for only themselves,” he added.

The verse he claims supports slavery? One that includes the line “no refuge could save the hireling and slave.”

And where is that band who so vauntingly swore
That the havoc of war and the battle’s confusion,
A home and a country, should leave us no more?
Their blood has washed out their foul footsteps’ pollution.
No refuge could save the hireling and slave
From the terror of flight, or the gloom of the grave:
And the star-spangled banner in triumph doth wave,
O’er the land of the free and the home of the brave.

So, because the term “slave” was mentioned, the entire song is an “ode to slavery.” Several historians dispute that this verse was about slavery in any sense, who state that the term was actually a “reference to the British Navy’s practice of impressment (kidnapping sailors and forcing them to fight in defense of the crown), or as a semi-metaphorical slap at the British invading force as a whole,” according to left-leaning “fact-checker Snopes[2].

Is Melvin going to recognize that there are alternative explanations for the phrase, especially given the difference in language between 1814 and 2018? Probably not. Is he going to acknowledge that the phrase was not included in the adopted version of the anthem? Also no.

The fact that someone this historically ignorant could be elected to such a position is frightening.