The Daily Beast[1] has now labeled a song honoring the American flag as a rally to racism. What liberal horse manure. The Star-Spangled Banner, America’s national anthem, is nothing more than a racist call to brutal violence according to these trolls. Their reasoning is anti-American, anti-military and certainly anti-conservative. Painting America once more as a racist, hatemonger – so very, very trite. 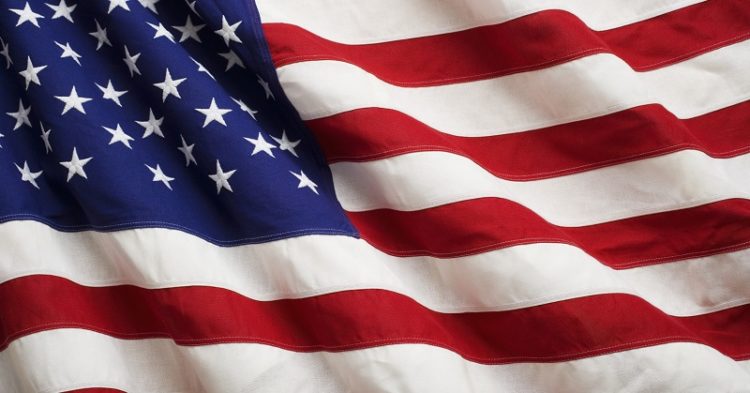 To get there, writer Jefferson Morley draws a connection between the Civil War, the Confederacy and patriotism.

The campaign to make “The Star-Spangled Banner” the national anthem began on the centennial of the song in 1914. It gained strength with President Woodrow Wilson’s 1917 executive order designating the song as the anthem of the U.S. armed forces. The ritual of playing “The Star-Spangled Banner” before baseball games began in the 1919 World Series. The song’s militaristic imagery and self-righteous patriotism appealed to conservatives and Southerners.

The song wasn’t popular in the north, Morley writes… they preferred the more passive “America the Beautiful.” Blacks didn’t like it either. Neither did pacifists and “advocates of temperance.” They called it “a poem born of intense hatred of Great Britain and wedded to a barroom ballad composed by a foreigner.”

Debate raged in the press and the streets. For supporters of the “Banner,” the song was the perfect symbol of national feeling, and anyone who disagreed might not be patriotic. The Veterans of Foreign Wars organized an Americanization committee that promoted the song as a litmus test of loyalty. One editorialist for The Baltimore Sun noted that the “Banner” “has undergone fiercer bombardment at the hands of Americans of late than it sustained from the British ships on the occasion of the famous attack. Now as then ‘The flag is still there’ in spite of both literary and pacifist critics … It does not represent international hate but national love.”

Critics of the “Banner” found their patriotism questioned. Stetson was investigated, subpoenaed, and forced to testify in March 1924 about the source of her funds. No, she had not been funded by foreigners, she said. She had spent $16,000 of her own money on newspaper, and she would spend more. She took out anti-“Banner” ads in The New York Times in March 1924 and in the Times and The Washington Herald in August 1925.

She was not alone. Among black Americans, poet James Weldon Johnson and his brother Rosamund had composed a song to commemorate the birthday of Abraham Lincoln, called “Lift Every Voice and Sing,” whose popularity among people of color made it known the “Negro national anthem.” Johnson denied there was anything in his song to conflict with “The Star-Spangled Banner.” But he couldn’t resist adding that it was “difficult to sing,” and that “its sentiments are boastful and bloodthirsty.”

There is simply nothing the liberal left can’t make racist. They are going after every one of our national icons, including songs, the flag, our culture and our history. It boggles my mind that if they hate so much about America, why the hell don’t they just leave? No one would miss them and in fact, would celebrate the door hitting them in their collective asses. This is just stupid beyond belief. It makes me like the song even more.