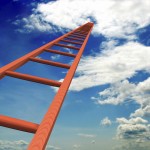 [1]The “progressive” Party Pravda, in concert with White House Press Secretary Jay Carney and with permission from their overlords at Media Matters for America, announced today that construction of a ladder to heaven is scheduled to begin next spring, immediately after the current administration begins its second term. Funding will require implementation of a 100% tax rate on all tax brackets, to be supplemented as needed with dollars printed by the Federal Reserve.

It has been confirmed that only unions donating sufficient funds to “progressive” re-election campaigns will be considered as potential labor for the project. Quintuple overtime union wages will be paid for the duration of the construction, which is expected to take five to six hundred times as long to complete as originally planned.

Objections raised by Conservative Americans about the negative impact this project may have on the national debt were met with ridicule from House Minority Leader Nancy Pelosi, who said:

“This Tea Party fueled overreaction to a shovel ready project that will put tens of millions of struggling middle class Americans back to work, by racist, hostile, demon extremists is clearly due to failed Republican ideas and lack of leadership by George W. Bush. We have to pass this bill to be able to see what’s in it.”

Questions about how to cover the overhead costs of paying union members being taxed at a 100% tax rate were deferred to the Treasury Department. The term “sufficient funds” was not defined.

The commander in chief was in Air Force One flying to yet another $50,000.00 a plate campaign fundraiser in Hollywood and thus was unavailable for comment.