Donald Trump reports for jury duty, and all kinds of crazy breaks loose. From selfies to autographs, I sure wish I had this level of star power when I showed up to the courthouse[1]: 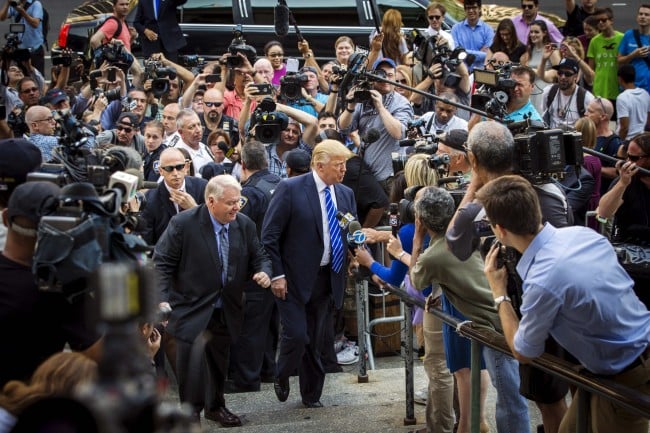 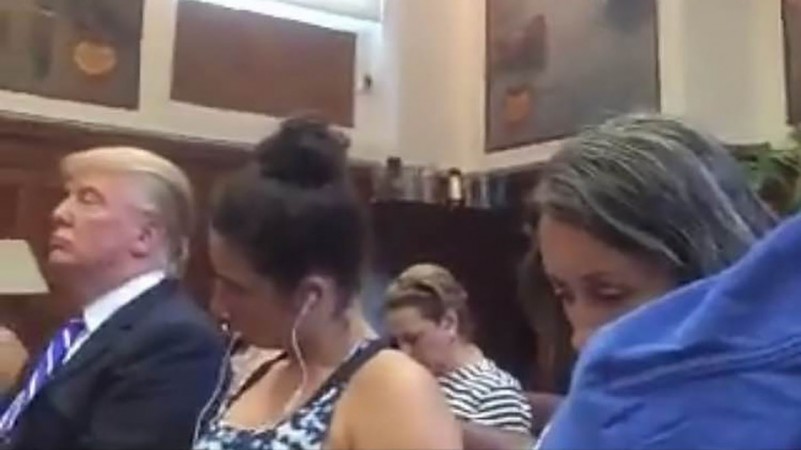 Just and average day appearing for Jury Duty in Manhattan

Donald Trump took a break from campaigning to report for jury duty in New York City.
The Republican front-runner was met by swarms of camera crews and reporters as he pulled up to Manhattan’s Supreme Court in a limousine on Monday morning.

It was a first for the real estate mogul and reality TV star, who has been called five times over the past nine years but has never appeared.

SNL comedian Bobby Moynihan was also among the room full of New Yorkers waiting to hear if they will be called. But it was Trump that caused a flurry.

As he left his apartment for jury duty on Monday morning, Trump told Extra reporter AJ Calloway: ‘It is a civic duty and I’m proud to do it.’

When he arrived he appeared animated as he signed dollar bills and pictures of his face for cheering crowds.

Many also booed, and some fellow jurors even arrived wearing ‘Hillary For President’ t-shirts.
A reporter asked Trump if he hoped to be picked. ‘Not particularly but we’ll see what happens,’ he said with a smile.

According to ABC’s Brad Mielke, Trump walked into the courthouse and sat in the front row with his security guards sat behind him. He soon moved to a row towards the back.

Between hours spent sitting in a room, Trump signed a court sketch of himself and posed for selfies with potential jurors.

During the first 20-minute break he went into the hallway to use his phone. When he came back into the courthouse, somebody shouted: ‘Save this country!’

And when he left to pop to Duane Reade for lunch, he told reporters that he had met ‘some wonderful people’ on the benches inside.

This is truly a man of the people. Way to go, Trump. Half the people I know don’t bother to even respond to summons, but a presidential candidate that shows up? Amazing. Thank you, Donald.

Just a quick video of the absolute chaos that ensued on Trump’s arrival: