Was “The Private Sector is Doing Fine” Really a Gaffe? 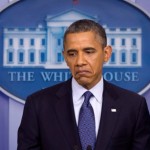 Obedient spokes-fools within the “progressive” Party Pravda remained largely mum, dutifully neglecting or downplaying the story. Conservatives pounced on the statement, speculating aggressively about obama’s lack of perceptive abilities while declaring it to be the biggest gaffe in his presidency. Questions were asked as to why standard operating procedure had been abandoned and a presidential press conference was being held in the White House when no major announcement was being made.

That obama followed up the initial remark by saying the problem with America’s economy is a loss of government jobs at the state and local level suggests various possible explanations. One is that it’s a sign of his commitment to growing government as the sole solution to each and every one of the world’s problems. Another is that he is so out of touch with economic reality that the remark really was a gaffe.

But there is at least one other possibility to consider. 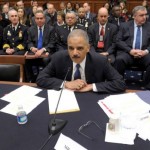 [2]U.S. Attorney General Eric Holder is coming under heavy congressional scrutiny for his role in the failed Fast and Furious gun running scandal. Hard questions are being raised on both sides of the aisle about the risks posed to the country through national security leaks possibly emanating from the White House. obama’s been accused of allowing the leaks to occur for personal political gain. There are ongoing discussions and mounting evidence regarding obama’s membership in Chicago’s extremist “New Party”, coupled with continuing avoidance of or denials about it among obama’s political apparatus. There is major embarrassment about obama’s “entire grassroots machinery” being resoundingly drubbed in the Wisconsin recall election. There is growing “progressive” left wing extremist frustration with obama’s perceived inability to deliver on his pledge to “fundamentally transform the United States of America”. 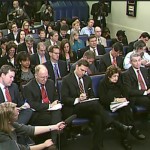 [3]Go back to the question: Why was a presidential new conference being held when there was no major announcement being made? Even given that there was only the remotest possibility that the “progressive” Party Pravda might actually uncover a hitherto undiscovered ounce of journalistic integrity within itself and ask hard questions on a myriad of topics, why was this press conference being held?

Is it possible that the biggest gaffe in obama’s presidency was committed on purpose? That it was an intentional diversion? A coldly calculated politically driven distraction away from other bad news that had been dominating the weekly news cycle?

Was it an accident that it occurred on a Friday morning, contributing to the likelihood that the weekend political talk show discussions will focus on this rather than the myriad of other, more damaging news about obama’s failed attempt to be the nation’s Chief Executive?

If so, it was an extreme abuse of the power of the presidency.

Given that this “gaffe” originated from a once humming along firing on all cylinders well oiled political machine that has repeatedly engaged in “the art” of misrepresentation, distortion, distraction, diversion and smoke and mirror parlor trickery, is pondering such questions an unreasonable activity?

With obama in the White House, do you now consider such a line of questioning to be unpatriotic?

You may wish to reconsider come November 6th.